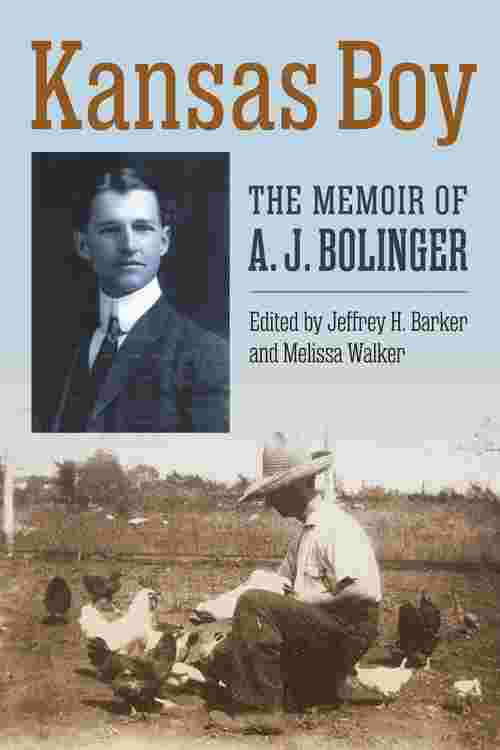 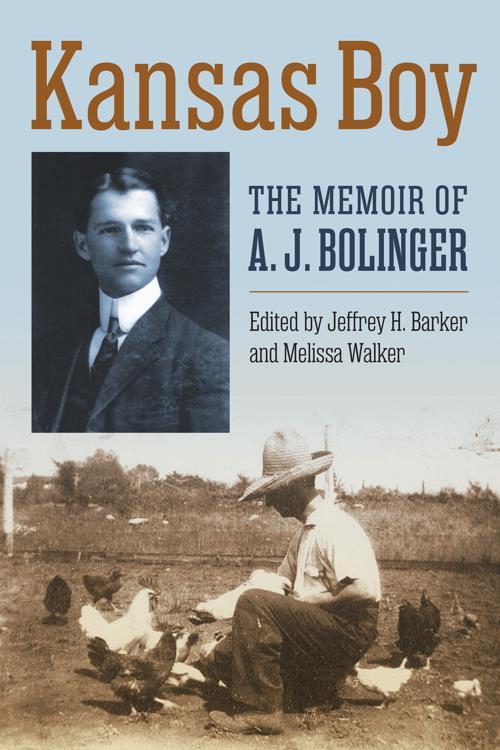 Kansas Boy: The Memoir of A.Â J. Bolinger offers the twenty-first-century reader delightful and revealing insights on life during an era of dramatic change in American history. Bolinger describes those years as “bursting with energy, wild with ambition.” The Kansas of his childhood and young adulthood was a place where life was lived at a rapid pace: investors pursued fortunes as town developers, settlers sought to establish prosperous farms and ranches, and reformers tried to create an ideal society. A. J. opens his account with a vividly detailed description of the prairie itself, including how the frontier settlements of Kansas were in the process of becoming established communities. Born and raised in Elk County, Kansas, he tells stories of ranching and cattle drives. Retelling some of the legends of early Kansas, he debunks more than a few frontier myths. As he moves toward adulthood his accounts of farming and small-town life grow increasingly aware of the agricultural crisis of the 1880s and 1890s faced by farmers and small-town businesses as they struggled with the growing power of corporations, in particular the railroads. In doing so he offers ground-level insights into the appeal of the Populist movement and the rise of the People’s Party. The challenges result in the Bolinger family’s move to the city of Topeka where A. J. attends Washburn College. As a college student he helps temperance activist Carry Nation wage her antisaloon campaign and goes to Washburn’s new law school. His first step in pursuing what would be a lifelong career in the law is to replicate his family’s and his era’s pattern of moving to where new opportunities lay: the Oklahoma territory.A. J. Bolinger (1881–1977) offers today’s reader a deeply felt memoir with keen insights and thoughtful commentary that is by turns startlingly progressive and deeply conservative. He offers us a richer understanding of life on the prairies and plains of the last decades of the nineteenth century and the first decade of the twentieth century.