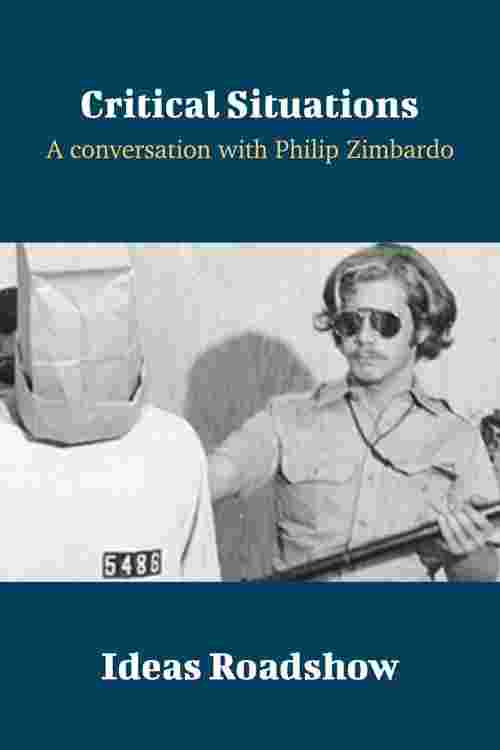 This book is based on an in-depth filmed conversation between Howard Burton and Philip Zimbardo, Professor Emeritus of Psychology at Stanford University. During this extensive conversation Philip Zimbardo relates his intriguing life history and the survival techniques that he developed from the particular dynamics of his upbringing in the Bronx to his quarantine experiences, his experiences with South Bronx gangs, and more. Further topics include his relationship with his former classmate Stanley Ingram and the impact the different experiences in his youth had on the development of his personal situational awareness and how that influenced his psychological research. After a detailed description of the notorious 1971 Stanford Prison Experiment, Philip discusses what we have—and haven't—learned since then, the Abu Ghraib trial, his Heroic Imagination Project, and more.This carefully-edited book includes an introduction, Should Have Knowns, and questions for discussion at the end of each chapter: I. Origins - Humble beginningsII. A Formative Quarantine - Developing social survival skillsIII. Increasing Awareness - South Bronx rituals and Halloween distinctionsIV. Situation Stanford - The 1971 Stanford Prison StudyV. The Aftermath - Reactions and responsesVI. Outright Denial - Abu Ghraib and the myth of "bad apples"VII. Learning Our Lessons? - Towards a deeper level of awarenessVIII. The Flip Side - The Heroic Imagination ProjectIX. Spreading The Word - Cultivate heroes, and broader understanding X. A New Gender Gap - Where have all the boys gone?About Ideas Roadshow Conversations Series: This book is part of an expanding series of 100+ Ideas Roadshow conversations, each one presenting a wealth of candid insights from a leading expert through a focused yet informal setting to give non-specialists a uniquely accessible window into frontline research and scholarship that wouldn't otherwise be encountered through standard lectures and textbooks. For other books in this series visit our website: https://ideas-on-film.com/ideasroadshow/.