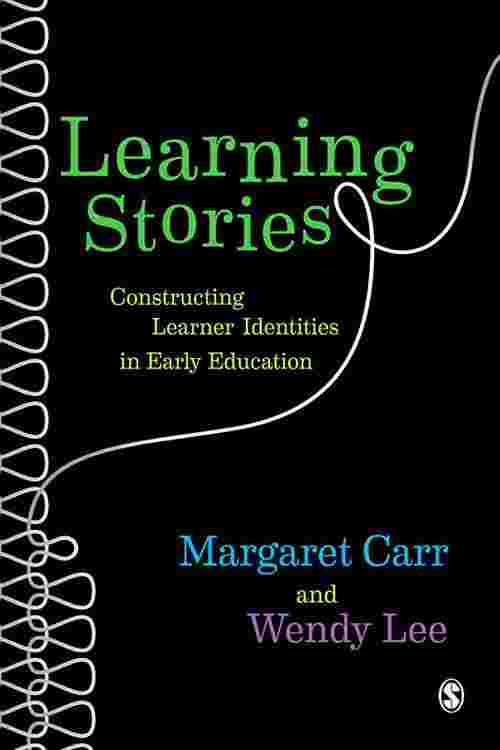 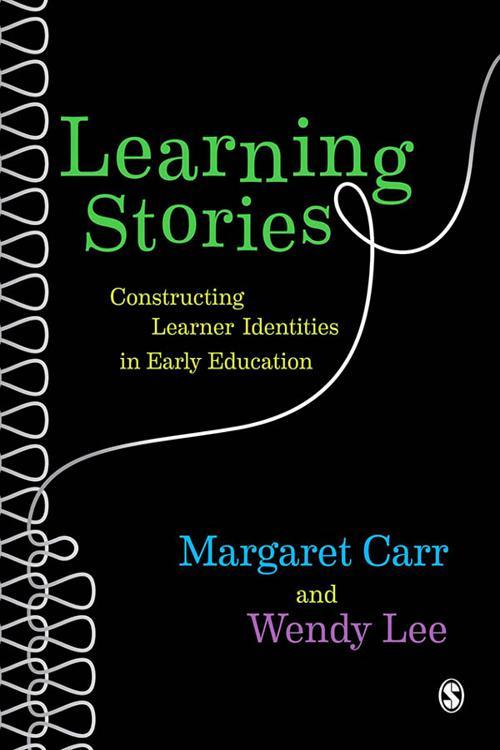 Margaret Carr?s seminal work on Learning Stories was first published by SAGE in 2001, and this widely acclaimed approach to assessment has since gained a huge international following. In this new full-colour book, the authors outline the philosophy behind Learning Stories and refer to the latest findings from the research projects they have led with teachers on learning dispositions and learning power, to argue that Learning Stories can construct learner identities in early childhood settings and schools. By making the connection between sociocultural approaches to pedagogy and assessment, and narrative inquiry, this book contextualizes Learning Stories as a philosophical approach to education, learning and pedagogy.

- support the inclusion of children and family voices

- tell us stories about babies

- allow children to dictate their own stories

- can be used to revisit children?s learning journeys

- can contribute to teaching and learning wisdom

This ground-breaking book expands on the concept of Learning Stories and includes examples from practice in both New Zealand and the UK. It outlines the philosophy behind this pedagogical tool for documenting how learning identities are constructed and shows, through research evidence, why the early years is such a critical time in the formation of learning dispositions.

Margaret Carr is a Professor of Education at the University of Waikato, New Zealand.

Learner Identities in Early Education: An Introduction to Four Themes

In Karen’s account of Kyah’s sense of self that introduced this chapter she comments on the role of ‘her family’s and her teachers’ attitudes to learning and intelligence’. Kyah is positioned in the early childhood centre as a powerful learner, a participant with agency, someone who is disposed to take on an authoring role. Karen was reminded of Guy Claxton’s insistence that ‘learning is learnable’ (Claxton, 2004) and James Greeno (2006) has argued that learning will be more likely to be sustained if learners are positioned as authoritative and accountable. Finding opportunities for this can be a challenge for teachers. In Iram Siraj-Blatchford’s (2010: 157) discussion of case studies of effective practice from the longitudinal Effective Provision of Preschool Education (EPPE) project in England she comments that the ‘excellent’ settings were found to encourage ‘sustained shared thinking’. She describes sustained shared thinking as ‘any episode in which two or more individuals “worked together” in an intellectual way to solve a problem, clarify a concept, evaluate activities, extend a narrative etc.’, and she added that ‘The research found that this did not happen very frequently’.
Genuine dialogue requires the deliberate creation of opportunity for initiative-sharing and collaboration, and, as Urie Bronfenbrenner’s (1979) commentary on social roles as contexts of human development suggests:
The greater the degree of power socially sanctioned for a given role, the greater the tendency for the role occupant to exercise and exploit the power and for those in a subordinate position to respond by increased submission, dependency, and lack of initiative. (p. 92)
Here is Naomi, a teacher who has been revisiting the stories of their learning with three- and four-year-old children, reflecting on the quality of her conversations with Rose:
I have instigated many of these revisiting conversations and sometimes I have not chosen my timing well and the conversation has reflected this; the child doesn’t seem too interested and so I am having to lead the discussion; this often leads to my asking too many questions and the child does not say much. Today my timing was different in that I could see Rose was looking for someone to share her portfolio with and I seized the moment, offering to be that person for her. What a difference between this conversation and the first one I initiated with Rose. For the most part she led the conversation and I followed; I think this shows in comparing the length of my first conversation with Rose [18 verbal turns] and this one [six weeks later: 74 verbal turns]. (Naomi, teacher)
Naomi comments that ‘for the most part she led the conversation and I followed’; this describes a dialogue in which Rose has a degree of power or agency.

Learning ‘in the Middle’

The references to ‘self’ in the quote from Jerome Bruner earlier in this chapter, and elsewhere in this chapter to ‘identities’ and to ‘possible selves’ provide a glimpse into the contested theoretical territory inhabited by ‘selves’, ‘identities’, possible selves and ‘subject positions’. We have settled on ‘identity’, a common word in the sociocultural literature. There is a strong resonance between Nasir’s view of learning as a cultural process and James Gee’s sociocultural notion of a Discourse, interesting to us here because he goes on to write about ‘a sociocultural perspective on opportunities to learn’ in a book about assessment. Gee (2008) compares a traditional view with a situated/sociocultural viewpoint:
A situated/sociocultural viewpoint looks at knowledge and learning not primarily in terms of representation in the head, although there is no need to deny that such representations exist and play an important role. Rather, it looks at knowledge and learning in terms of a relationship between an individual with both a mind and a body and an environment in which the individual thinks, feels and interacts. Both the body and the environment tend to be backgrounded in traditional views of knowledg...