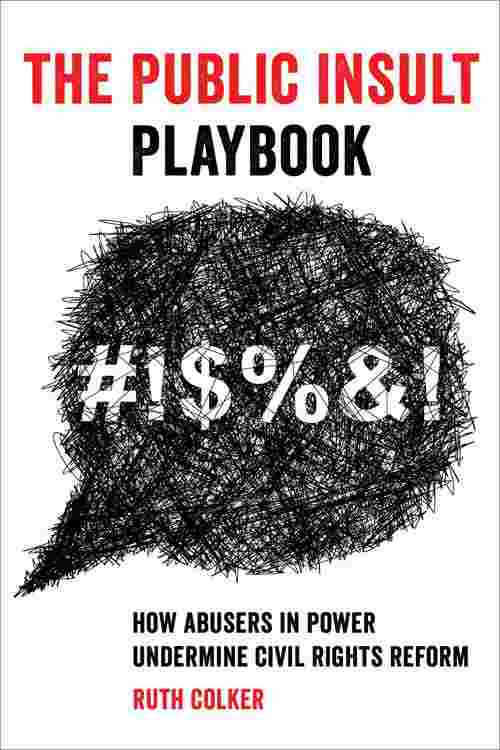 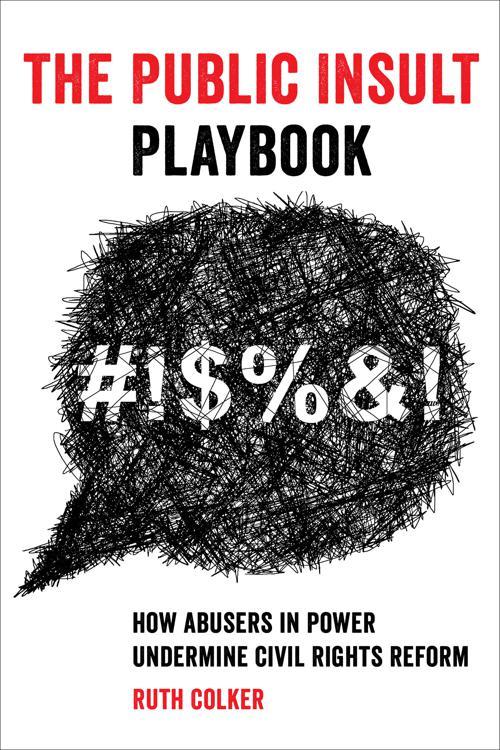 When they go low, we learn: an examination of mudslinging in contemporary American politics—and how the left can find its footing to achieve structural reform in this mess. The rules of the public discourse game have changed, and The Public Insult Playbook argues that the political left needs to account for the power of vitriol in crafting their theories for social and political change. With this book, noted constitutional law expert and disability rights advocate Ruth Colker offers insights into how public insults have come to infect contemporary public discourse—a technique not invented by but certainly refined by Donald Trump—and, importantly, highlights lessons learned and tools for fighting back. Public insults act as a headwind and dead weight to structural reform. By showcasing the power of insults across a number of civil rights battlegrounds, The Public Insult Playbook uncovers the structural nature of personal attacks, and offers a blueprint for a legal and political strategy that anticipates the profound but poorly understood damage they can inflict to whole movements. Illustratinghow completely the tactic has been adopted and embraced by the American right wing, the book catalogues how public insults have been used against people with disabilities, immigrants, people seeking abortions, individuals who are sexually harassed, members of the LGBTQ community, and, of course, Black Americans. These examples demonstrate both the pervasiveness of the deployment of insults by the political right and the ways in which the left has been caught flat-footed by this tactic. She then uses the Black Lives Matter movement as a case study to consider how to effectively counter these insults and maintain an emphasis on structural reform.

A POWER TOOL FOR POWER BULLIES