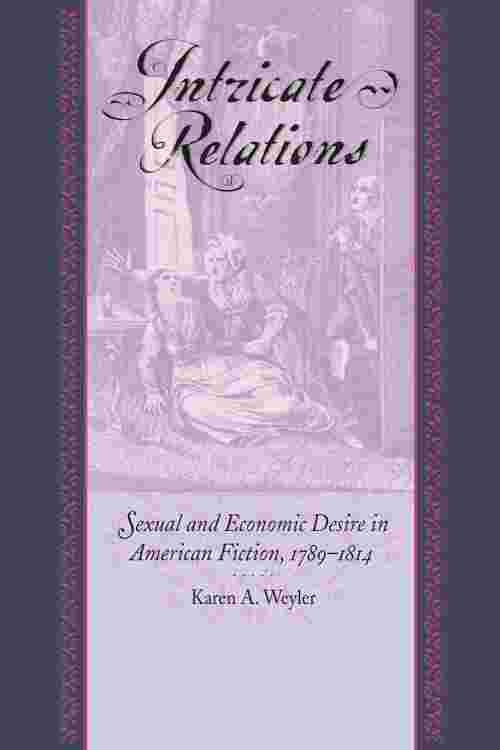 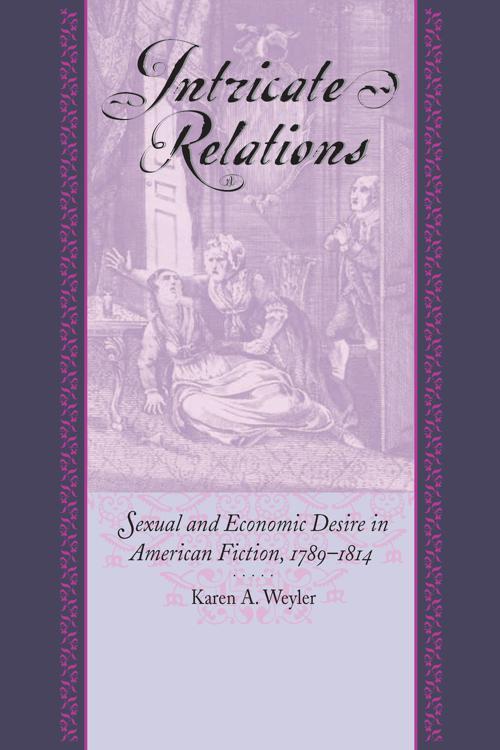 Intricate Relationscharts the development of the novel in and beyond the early republic in relation to these two thematic and intricately connected centers: sexuality and economics. By reading fiction written by Americans between 1789 and 1814 alongside medical theory, political and economic tracts, and pedagogical literature of all kinds, Karen Weyler recreates and illuminates the larger, sometimes opaque, cultural context in which novels were written, published, and read.

In 1799, the novelist Charles Brockden Brown used the evocative phrase "intricate relations" to describe the complex imbrication of sexual and economic relations in the early republic. Exploring these relationships, he argued, is the chief job of the "moral historian, " a label that most novelists of the era embraced. In a republic anxious about burgeoning individualism in the 1790s and the first two decades of the nineteenth century, the novel foregrounded sexual and economic desires and explored ways to regulate the manner in which they were expressed and gratified.

In Intricate Relations, Weyler argues that understanding how these issues underlie the novel as a genre is fundamental to understanding both the novels themselves and their role in American literary culture. Situating fiction amid other popular genres illuminates how novelists such as Charles Brockden Brown, Hannah Foster, Samuel Relf, Susanna Rowson, Rebecca Rush, and Sally Wood synthesized and iterated many of the concerns expressed in other forms of public discourse, a strategy that helped legitimate their chosen genre and make it a viable venue for discussion in the decades following the revolution.

Weyler's passionate and persuasive study offers new insights into the civic role of fiction in the early republic and will be of great interest to literary theorists and scholars in women's and American studies.