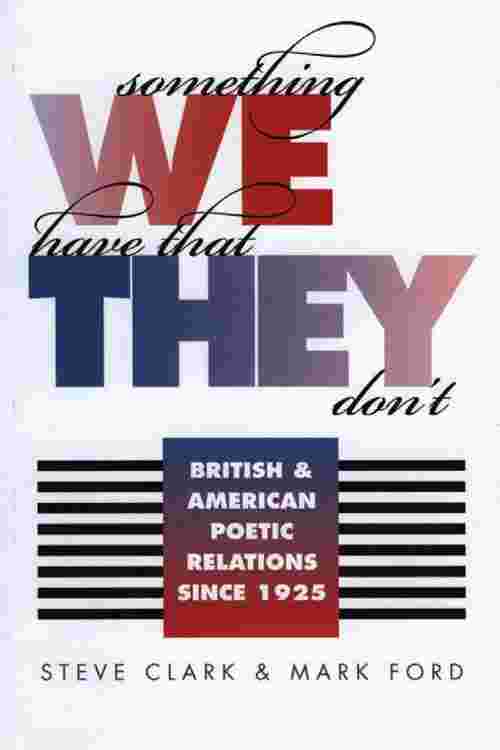 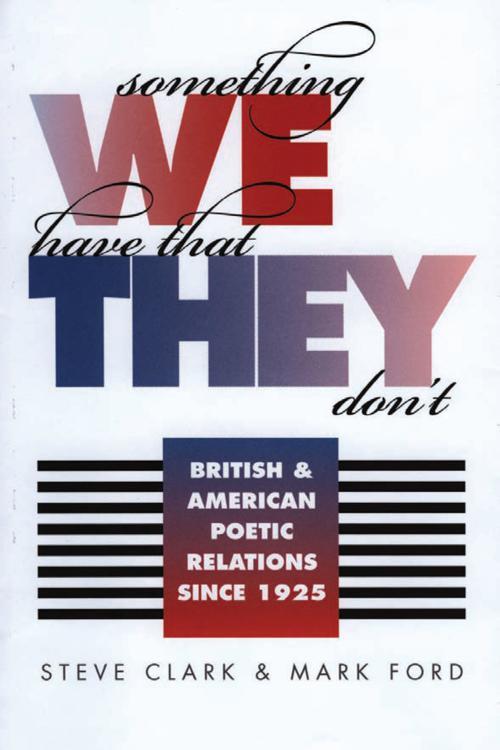 There is some connexion
(I like the way the English spell it
They're so clever about some things
Probably smarter generally than we are
Although there is supposed to be something
We have that they don''t—'don't ask me
What it is....)
—John Ashbery, "Tenth Symphony" Something We Have That They Don't presents a variety of essays on the relationship between British and American poetry since 1925. The essays collected here all explore some aspect of the rich and complex history of Anglo-American poetic relations of the last seventy years. Since the dawn of Modernism poets either side of the Atlantic have frequently inspired each other's developments, from Frost's galvanizing advice to Edward Thomas to rearrange his prose as verse, to Eliot's and Auden's enormous influence on the poetry of their adopted nations ("whichever Auden is, " Eliot once replied when asked if he were a British or an American poet, "I suppose, I must be the other"); from the impact of Charles Olson and other Black Mountain poets on J. H. Prynne and the Cambridge School, to the widespread influence of Frank O'Hara and Robert Lowell on a diverse range of contemporary British poets. Clark and Ford's study aims to chart some of the currents of these ever-shifting relations. Poets discussed in these essays include John Ashbery, W. H. Auden, Elizabeth Bishop, T. S. Eliot, Mark Ford, Robert Graves, Thom Gunn, Lee Harwood, Geoffrey Hill, Michael Hofmann, Susan Howe, Robert Lowell, and W. B. Yeats."Poetry and sovereignty, " Philip Larkin remarked in an interview of 1982, "are very primitive things": these essays consider the ways in which even seemingly very "unprimitive" poetries can be seen as reflecting and engaging with issues of national sovereignty and self-interest, and in the process they pose a series of fascinating questions about the national narratives that currently dominate definitions of the British and American poetic traditions.This innovative and exciting new collection will be of great interest to students and scholars of British and American poetry and comparative literature.