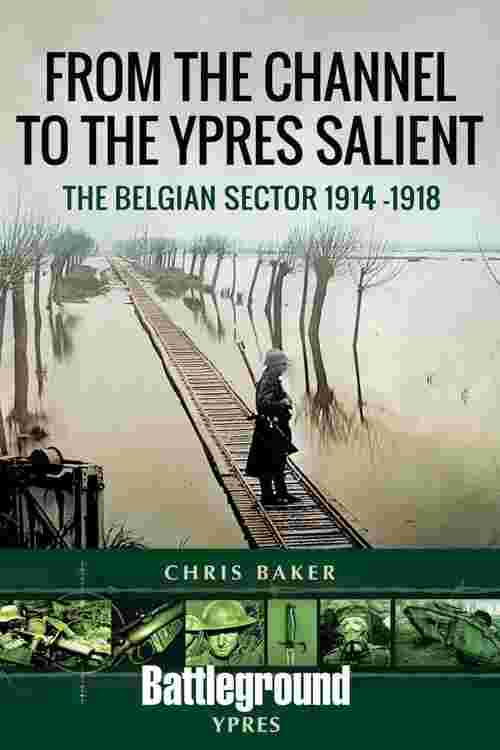 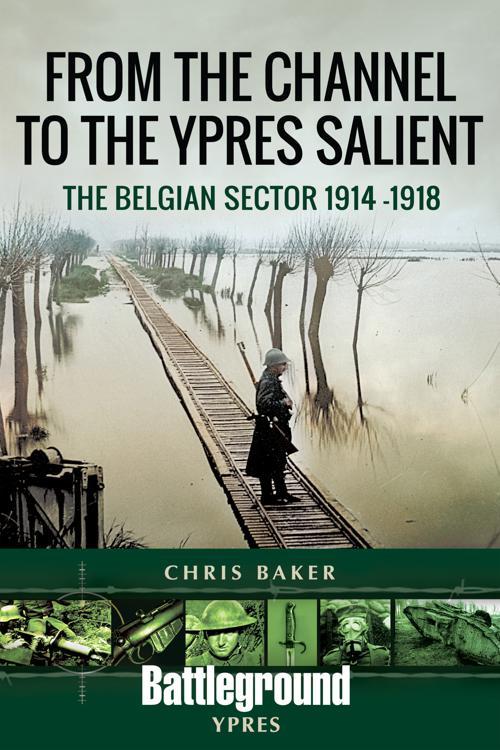 The sector north of Ypres is best known for the inundation of much of the ground to the east of the Yser that acted as a block to the German advance in the autumn of 1914. From that time on military activities were extremely limited. Much of this line was manned by Belgian troops, with some assistance from the French army at its southern end and of the British army on the Channel coast. The role of the Belgian army in the Great War is little known, apart from the opening months, when 'brave little Belgium' held on to its important fortified cities, notably Liege and Antwerp, for longer than German planning had anticipated. It was not until mid October 1914 that the Belgian army was forced back to the area of the Yser, when its defences were bolstered by French troops whilst Haig's I Corps came up on its southern flank. At this crucial phase of the campaign, the harsh decision was taken to open the dykes at the end of October 1914 and thereby flooding much of the low lying ground east of the Yser and so effectively halting major German offensive operations. For almost four years the Belgian army rested reasonably secure behind this sodden landscape, although certain key points were the scene of frequent, if limited, tussles. 'Free' Belgium was reduced to two significant towns that could be regarded as secure and out of the range of most German artillery - the coastal resort of La Panne (De Panne) and the much bigger settlement of Furnes (Veurne), Over these years the Belgian army was rebuilt under the dynamic leadership of the king, Albert I, and by the time of the general allied advance in September 1918, the Belgian army was able to take its place in the Advance to Victory, in an allied Army that was commanded by King Albert. Although this phase of the war is outside the scope of the book, it is important to realise that the Belgian army was a very active player in these last few months. Amongst the achievements of Belgian troops at this stage of the war was the final capture of Passchendaele. This book concerns itself with the years of defence and the reconstruction of the army behind the Yser. Relatively little of Belgium's efforts in the Great War remained, but recent years have seen action to preserve what does. Most significant of these, perhaps, is the so called Trench of Death near Diksmuide. Although always preserved, it has recently been very successfully refurbished and is now most effectively and informatively presented. Other remains from the war have also been developed so as to be more informative and the result is that touring this area provides a fascinating insight into one of the most unusual sectors of the Western Front and which is conveniently close to the much visited Ypres Salient. In this book Chris Baker brings his extensive knowledge of the Belgian army (helped by his ability to read French and Dutch) and of the Flanders region to produce a much needed insight into Belgium's army role for most of the war as the protector of the northern flank of the whole of the Allied line.