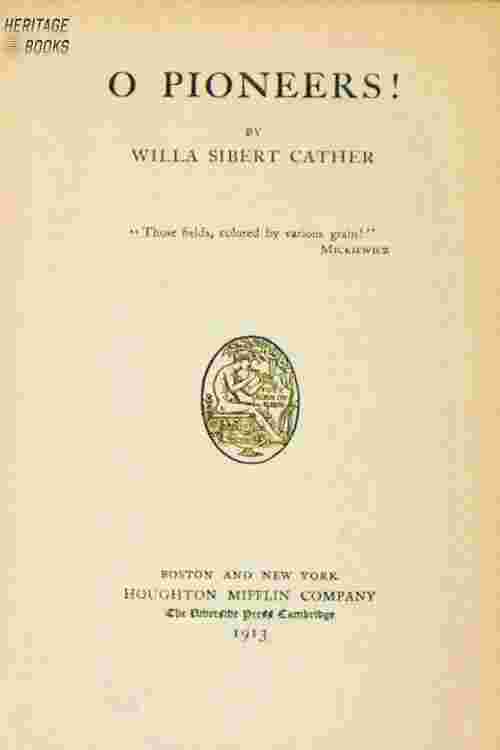 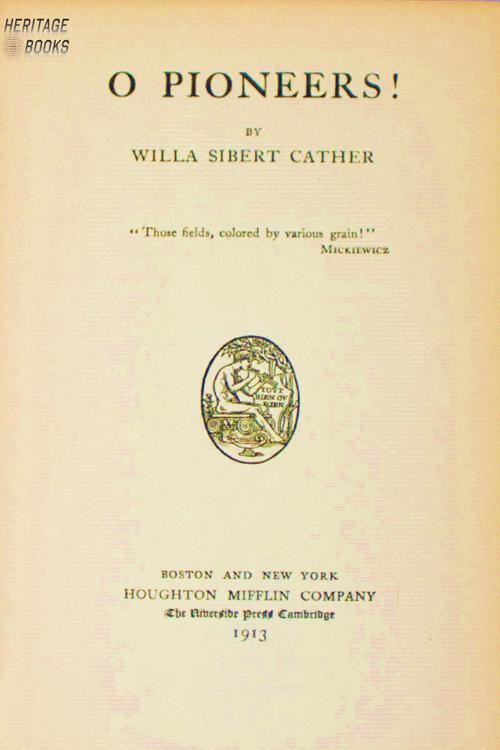 O Pioneers! is a 1913 novel by American author Willa Cather, written while she was living in New York. It is the first novel of her Great Plains trilogy, followed by The Song of the Lark and My Ántonia.