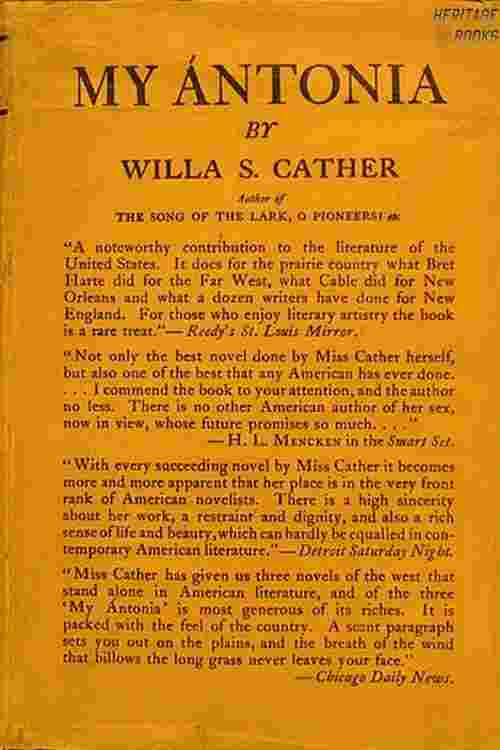 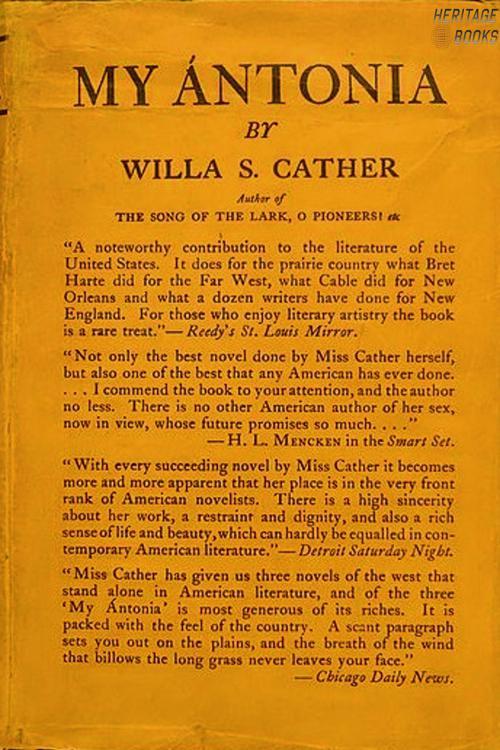 My Ántonia is a novel published in 1918 by American writer Willa Cather, considered one of her best works. It is the final book of her "prairie trilogy" of novels, preceded by O Pioneers! and The Song of the Lark.