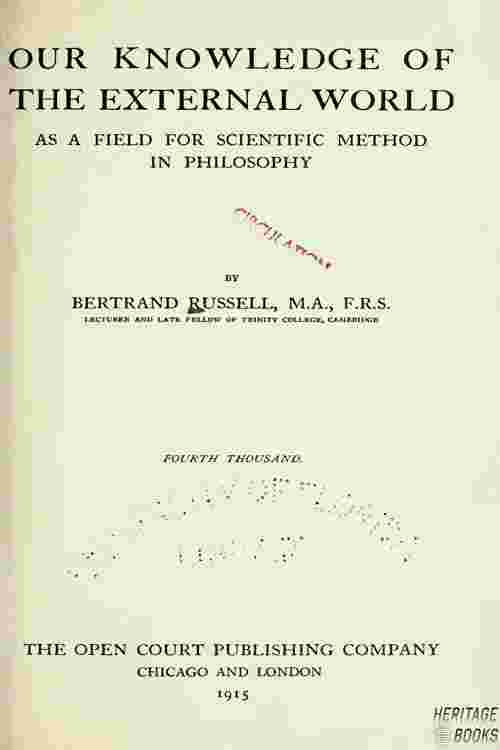 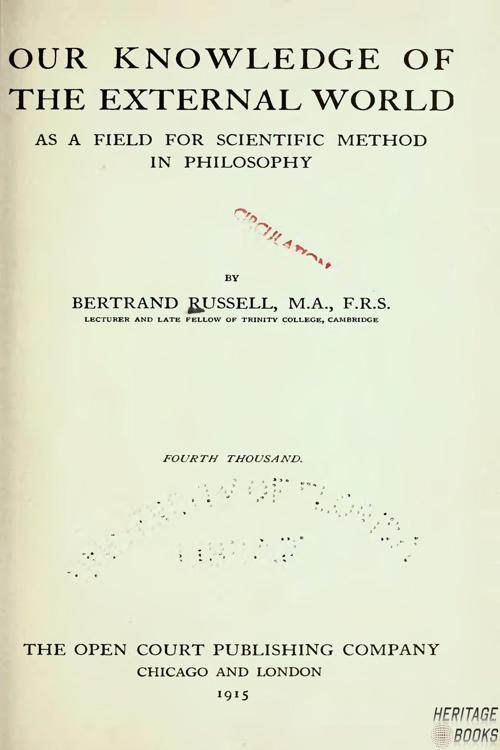 Russell attempts to analyze the relationship of the crude data of our senses to the notions of physics such as space, time, and matter. Russell takes his analysis to illustrate the method of logical analysis used to such wonderful effect by thinkers in the late nineteenth-century to the notions of continuity, infinity, and the infinitesimal.
Russell was born in Ravenscroft, the country home of his parents, Lord and Lady Amberley. His grandfather, Lord John Russell, was the youngest son of the 6th Duke of Bedford. In 1861, after a long and distinguished political career in which he served twice as prime minister, Lord Russell was ennobled by Queen Victoria, becoming the 1st Earl Russell. Bertrand Russell became the 3rd Earl Russell in 1931, after his elder brother, Frank, died childless.
Russell’s early life was marred by tragedy and bereavement. By the time he was age six, his sister, Rachel, his parents, and his grandfather had all died, and he and Frank were left in the care of their grandmother, Countess Russell. Though Frank was sent to Winchester School, Bertrand was educated privately at home, and his childhood, to his later great regret, was spent largely in isolation from other children. Intellectually precocious, he became absorbed in mathematics from an early age and found the experience of learning Euclidean geometry at the age of 11 “as dazzling as first love, ” because it introduced him to the intoxicating possibility of certain, demonstrable knowledge. This led him to imagine that all knowledge might be provided with such secure foundations, a hope that lay at the very heart of his motivations as a philosopher. His earliest philosophical work was written during his adolescence and records the skeptical doubts that led him to abandon the Christian faith in which he had been brought up by his grandmother.