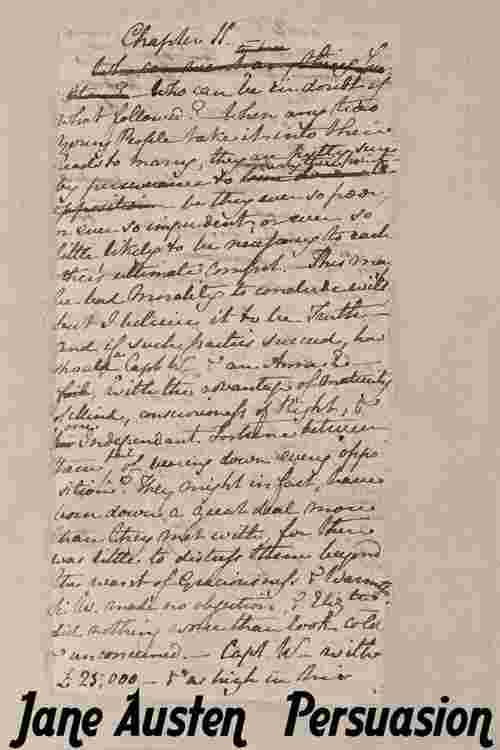 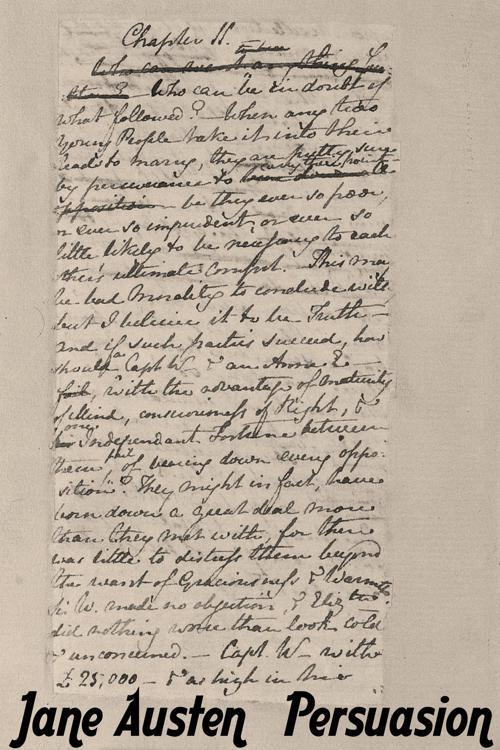 Persuasion is the last novel fully completed by Jane Austen. It was published at the end of 1817, six months after her death. The story concerns Anne Elliot, a young Englishwoman of 27 years, whose family is moving to lower their expenses and get out of debt. They rent their home to an Admiral and his wife.