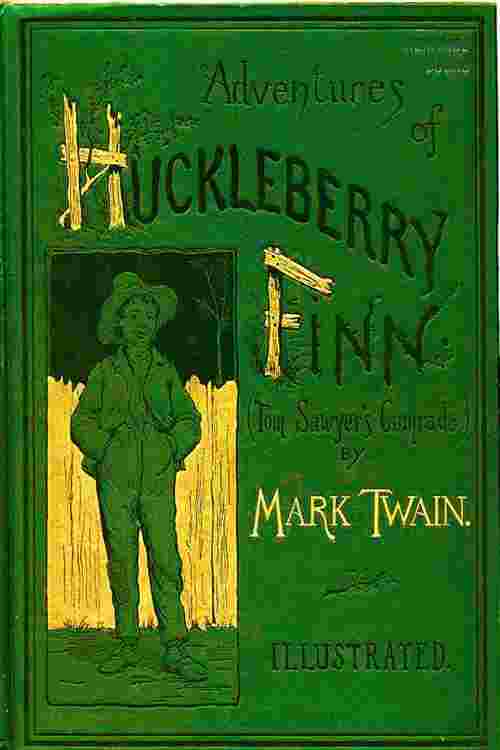 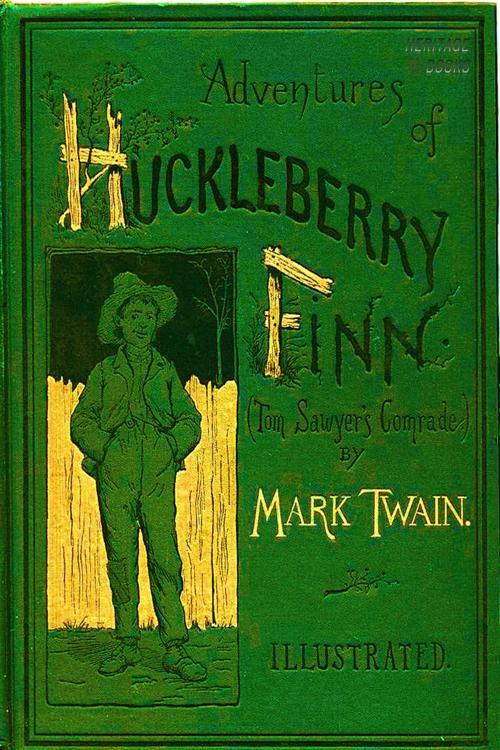 Adventures of Huckleberry Finn is a novel by Mark Twain, first published in the United Kingdom in December 1884 and in the United States in February 1885.
Samuel Clemens, the sixth child of John Marshall and Jane Lampton Clemens, was born two months prematurely and was in relatively poor health for the first 10 years of his life. His mother tried various allopathic and hydropathic remedies on him during those early years, and his recollections of those instances (along with other memories of his growing up) would eventually find their way into Tom Sawyer and other writings. Because he was sickly, Clemens was often coddled, particularly by his mother, and he developed early the tendency to test her indulgence through mischief, offering only his good nature as bond for the domestic crimes he was apt to commit. When Jane Clemens was in her 80s, Clemens asked her about his poor health in those early years: “I suppose that during that whole time you were uneasy about me?” “Yes, the whole time, ” she answered. “Afraid I wouldn’t live?” “No, ” she said, “afraid you would.”
Insofar as Clemens could be said to have inherited his sense of humour, it would have come from his mother, not his father. John Clemens, by all reports, was a serious man who seldom demonstrated affection. No doubt his temperament was affected by his worries over his financial situation, made all the more distressing by a series of business failures. It was the diminishing fortunes of the Clemens family that led them in 1839 to move 30 miles (50 km) east from Florida, Missouri, to the Mississippi River port town of Hannibal, where there were greater opportunities. John Clemens opened a store and eventually became a justice of the peace, which entitled him to be called “Judge” but not to a great deal more. In the meantime, the debts accumulated. Still, John Clemens believed the Tennessee land he had purchased in the late 1820s (some 70, 000 acres [28, 000 hectares]) might one day make them wealthy, and this prospect cultivated in the children a dreamy hope. Late in his life, Twain reflected on this promise that became a curse