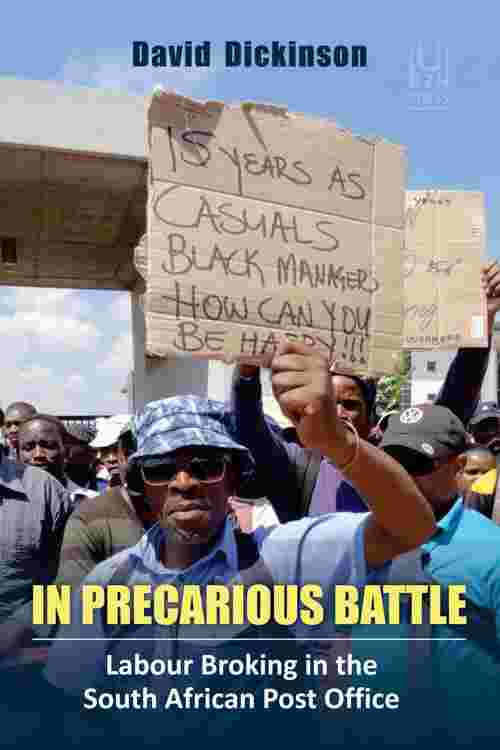 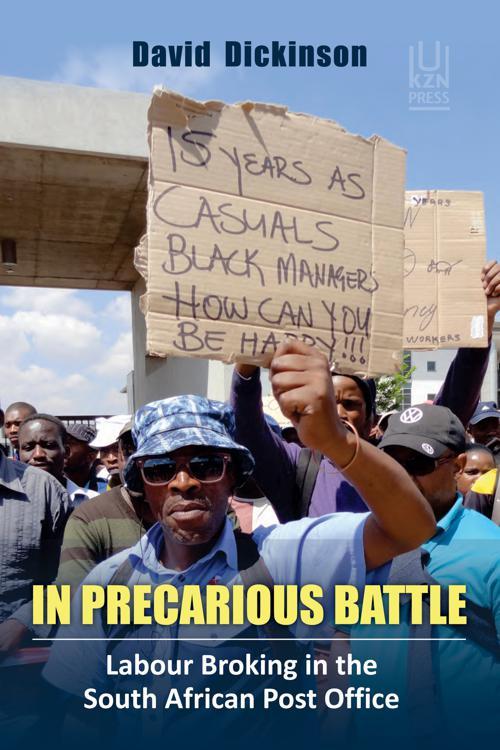 In Precarious Battle tells how labour broking was defeated in the South African Post Office (SAPO). Labour broking has become synonymous with worker exploitation. By 2011, a third of SAPO's workforce was employed through labour brokers. These 'casuals' worked alongside permanent employees, some for over a decade, but for a quarter of the salary. David Dickinson shares the story of how labour broking provided cheap and compliant labour, and how the use of labour brokers in SAPO divided the workplace and the workforce. He charts the attempts of casuals to organise within the law and how their efforts were defeated at every turn. He describes the increasing ferocity of the wildcat strikes that followed and explains how eventually 294 casuals, the Mabarete, fought their own battle and ended labour broking. This book reflects on how labour broking created misery for those trapped in precarious employment, how the Constitution failed casual workers and how the South African industrial relations system is unravelling.