📖[PDF] Lessons from a Multispecies Studio by Julie Andreyev | Perlego 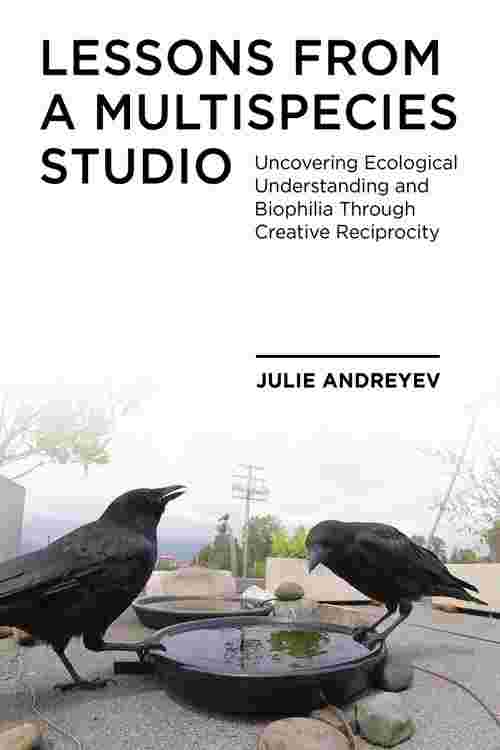 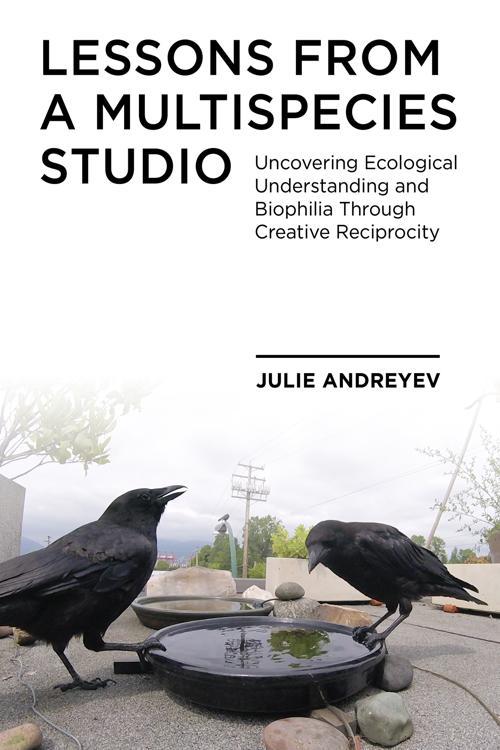 A highly original book in which the author proposes an expanded field of aesthetics, guided by her philosophy and approach to working, through the ways that philosophy can be manifested in art. She demonstrates the depth and complexity that she brings to her work through a sustained and committed relationship to working with animals across multiple projects.

The book tells real-world stories about the author's creative encounters – with animals, plant life, mineral beings and forest ecosystems – in her Vancouver-based interspecies art practice, Animal Lover, and how they shifted her outlook on the Earth and all of life. Each chapter presents a weaving together of personal reflection, interdisciplinary research, critical thought and art methods. The threads converge on this main point: the need to move away from anthropocentrism and towards ecological understanding, reciprocity and biophilia. The local journeys in each chapter are guided by more-than-human ways of knowing which provide an expanded sense of the world and an understanding of the imperative for action. This book is an invitation to readers to step into more-than-human worlds, re-sense life, and re-think their relationship with the planet and all its inhabitants. It asks readers to slow down, look around and listen – and feel. Love for life is practised by all beings in their lively projects. It is what joins us together in the relational f lourishing that is the vital wondrous complexity of the Earth.

The Anthropocene is a term used to describe the geological era in which we live, marking the realization that humans have become such a force that we are affecting the Earth's air, lands, oceans, climate. At its core, in the modern Eurocentric societies that typify this era, is an entrenched worldview of nature as a means to fuel global capitalist-colonial systems. This anthropocentric worldview justifies the colonization and exploitation of ecosystems and nonhuman life, seen as 'resources' available for human expansion and prosperity, and readily available as free labour. The consequential outcomes are manifest in today's climate emergency and ecological degradations including animal slavery, industrial farming, over-fishing, deforestation and habitat loss, and the coming environmental collapse with its sixth mass extinction. Within recent decades, the sustainability of anthropocentric views have been called into question across disciplines. Lessons from a Multispecies Art Studio joins with these movements, and offers new applied approaches – from interspecies art – to help shape and evolve human outlooks, emotions and actions.

Primary readership will be research-creation academic artists working with animals, and researchers working around animals; more-than-human-animal activists; artists and emerging artists, as well as to art theorists and to those with a strong interest in environmental values.