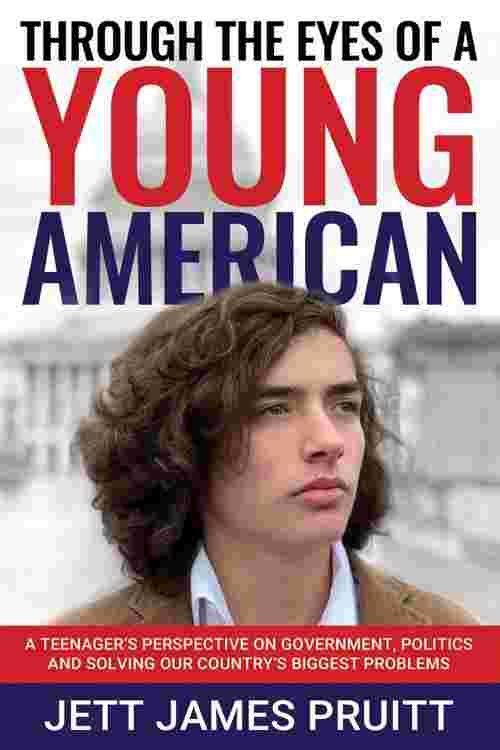 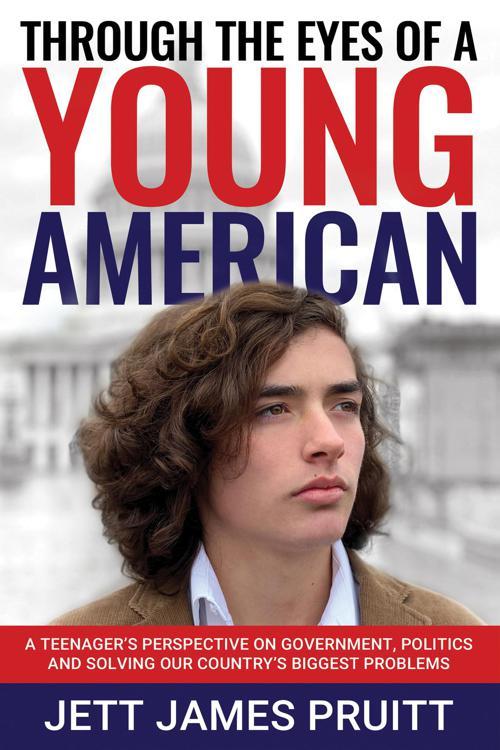 Called one of the "Best Books of 2020" by Books On Politics, and "The most important book to read this year" by Rev. Dr. C. William Mercer, THROUGH THE EYES OF A YOUNG AMERICAN is a groundbreaking treatise that carves a new path between Democrat and Republican ideologies, and offers fresh ideas and concrete plans to move forward as a nation.

"Among the ranks of Greta Thunberg and the students of Parkland High School, Jett James Pruitt is a powerful force in the movement of young people shaping our country's future. His rare voice of progressive conservatism is a refreshing change from the far-left radical ideology of his generation, and bridges the gap between conservative values and economic equality the majority of Americans have long been waiting for."- BooksOnPolitics.com

"Pruitt's ability to address so many complex topics within 200 pages is attributed to his sharp, elegant, and effortless writing style, and perhaps the driving reason why his publisher nominated THROUGH THE EYES OF A YOUNG AMERICAN for the 2021 Pulitzer Prize."- Benzinga

Raised by a single Hispanic/Native American mother on the Upper East Side in New York City, Jett was diagnosed with "moderate to severe autism" at the age of two and was completely non-verbal until the age of four. After numerous early-intervention programs and holistic treatments, Jett shocked the medical community with his recovery and formally lost his Autism diagnosis by the age of six.

Jett's unique interest in politics began at the age of nine, blossoming with the 2016 presidential election. At the age of 14, he founded the political news website The Gen Z Post and became one of the U.S. Press Association's youngest members in history.

THROUGH THE EYES OF A YOUNG AMERICAN was written while Jett was only fourteen-years-old, and has been nominated by the publisher for the 2021 Pulitzer Prize.