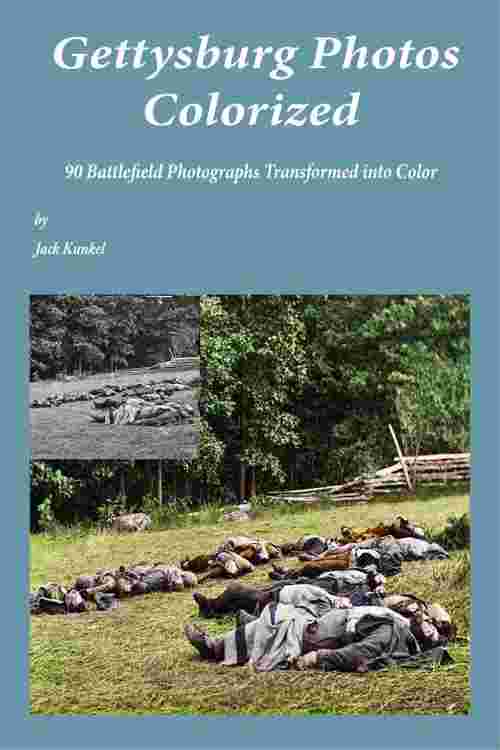 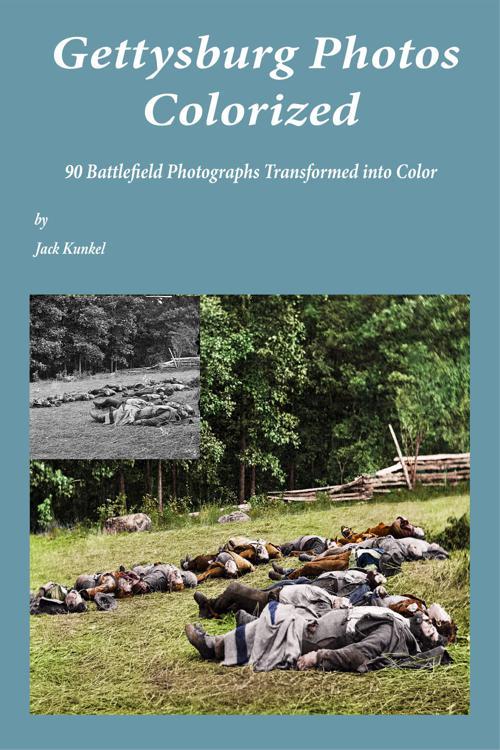 You've probably seen some of the old photographs of the Civil War, including some taken after the battle of Gettysburg. Of course they're all in black & white, making the subjects look rather dull - ancient, long ago and far away. But in this book we've converted those photos to color, and for the first time you'll see what the subjects really looked liked - the battlefield, the town, and the people. Colorizing these photos gives them a much more contemporary look, making you realize that the Civil War wasn't all that long ago, and color brings out the small details usually that often go unnoticed in older black & white photos.

The intent of the colorizing process was not to make the photos look "pretty, " but to make them look realistic - how the scene actually looked at the time in full color.

Although no photos were taken during the actual battle, many were taken within two or three days of the event, and the best of them are included in this book, along with many additional photos previously only seen in black & white, and the book includes excellent commentary explaining the circumstances surrounding each photo. Most of the photos were taken by Matthew Brady and Alexander Gardner.