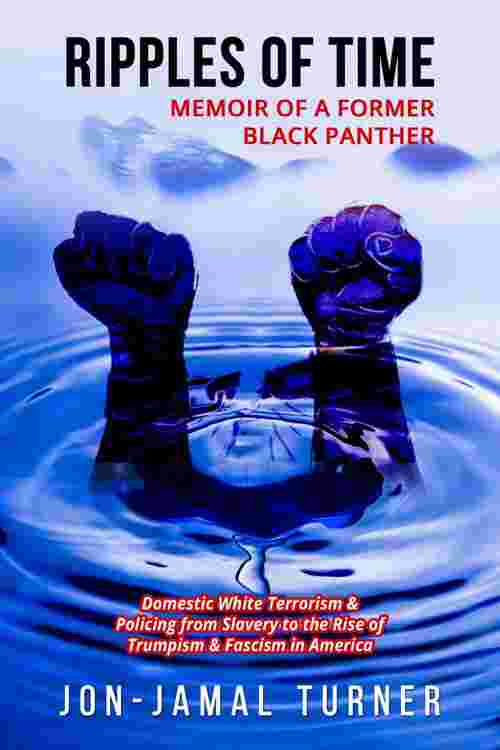 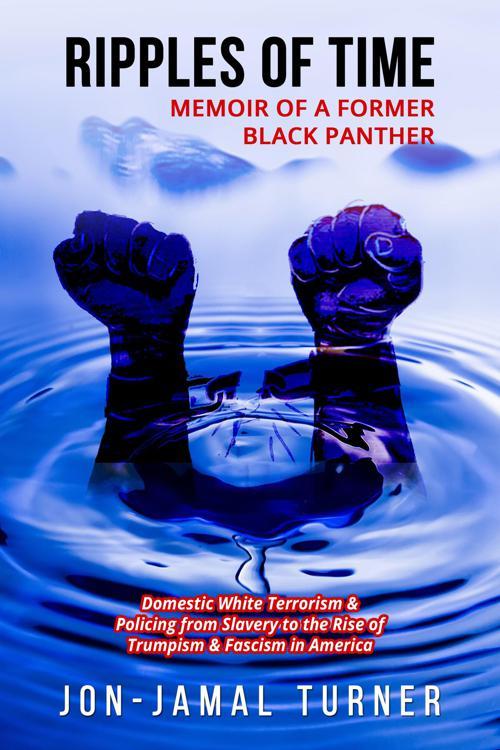 Ripples of Time is Jon-Jamal Turner's story about life as a Panther activist. It is also an unflinching examination of America's history, including how black bodies have been brutalized and policed tracing an unbroken line between the slave era and the present-day conditions. This book will expose the disinformation campaign waged by the 16 th century European Enlightenment Thinkers against African people in order to justify slavery. This book will show how yesterday's injustices and racist tropes are still with us, albeit in a new form: slaves were economically exploited on plantations that were controlled by slave patrollers. Now we have neo-slavery, in which urban ghettos have replaced the plantations and police officers replaced the slave patrollers. The police still restrict (contain and control) the movements of African Americans and mete out physical abuse (e.g. George Floyd) to prop up an economic system that has white supremacy at its heart.

Little has changed; yesterday is today in Ripples of Time. While Trump's largely white supporters were able to enter the Capitol building with minimal resistance, lawful Black Lives Matter activists were met with the force of National Guard soldiers during protests over the death of George Floyd. Police brutalizing African Americans while white supremacists undermine democracy is nothing new. It's as American as apple pie. It is simply history repeating itself. The current generation of Black Lives Matter activists are facing the same issues we Panthers faced decades earlier, albeit to a lesser degree.

The third part of Ripples of Time demonstrates how slavery hasn't gone away; but instead manifests itself in the form of corporate fascism Trumpian style, which maintains the same old wealth inequalities and is promoted by ultra-right-wing corporationslike Koch Industries and theirpoliticalhacks. It is also a reminder that Trump still has a firm grip on the Republican Party and could come back in 2024. If he does and he is re-elected, AmericanDemocracy will no longer exist. He will finish the job he did not completein his first term. Remember, Hitler lost his political power and credibility and served ten months of a five-year prison sentence for high treason but started his ascent to power in 1927, culminating in his election as Chancellor in 1933. We must remainvigilantand never allow this tyrant and racist named Donald Trump to occupy the White Houseagain. Weonly have history to remind us how catastrophic the outcome was when Hitler was given a secondchance.