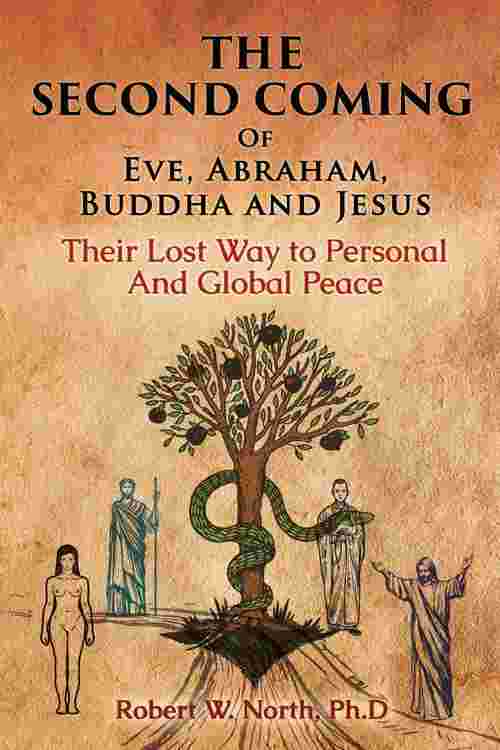 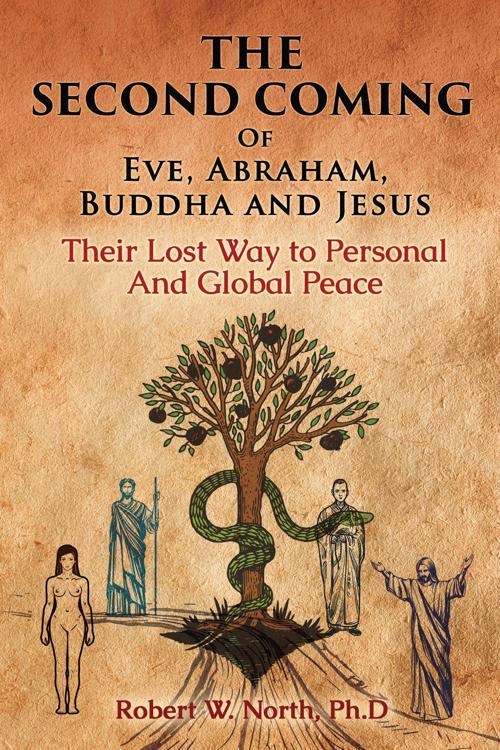 INTRODUCTION: The name "Eve" designates the unknown author of the Adam and Eve story in the Bible.

In The Second Coming of Eve, Abraham, Buddha, and Jesus we learn that that Way exists! It has been hidden behind our misunderstanding of the Bible, The Gospel of Thomas, and Buddha's wisdom poems.

BACKGROUND: Scripture scholar Dr. Robert North discovered what he calls, "Semitic Parallelism, " a method that Semitic and other ancient authors used to explain the meaning of metaphors and other sections of text. In other words, he found that many ancient writers embedded within their works their own dictionary and commentary.

Through the lens of Semitic Parallelism, we see for the first time the real Eve, Abraham, Buddha, and Jesus. As a result, we realize:

• That their ancient texts should be read as personal development allegories and poems, and not as historical or religious texts,

• That they taught the same alternative Way to religion, and

• That this Way is how one can be peaceful and fulfilled in any situation.

In short, Dr. North shows us that Eve, Abraham, Buddha, and Jesus were not abstract theologians. Instead, they were therapists. They articulated the same practical way that anyone can be peaceful and fulfilled in the most difficult situations. This is the Way that we all need yesterday.

REVIEWS: "Dr. North's expose of Eve, Abraham, Buddha, and Jesus' Way comes together in a clear and lucid fashion in this engaging book. Why have their authentic teachings been overlooked by those who'd prefer to harden religious stances into fixed dogmas?" Dr. Barrie Wilson, former Chair and Senior Scholar in the Department of Religious Studies at York University and author of How Jesus Became Christian noted:

"In this book, Dr. North argues that the Bible is more than history or a set of religious instructions. Once we understand its psychological dimension, we begin to unlock its spiritual depth and so are enabled to make therapeutic applications to our own lives." John R. Greene, Ph.D. in Counseling, Georgia State University

"Dr. North reveals that our commonly-held beliefs about the Biblical figures Eve, Abraham, Moses, and Jesus of Nazareth are false. When we set aside religious doctrines and see their works as poems and allegories, they become deeply meaningful and spiritually enlightening...Join Dr. North as he guides us anew on the journey that the Wise Ones of antique times always intended us to walk-"The Soul Way." Dr. Michael Ireland, Ma. Religious Studies, University of British Columbia; Ministerial Ph.D., University of Sedona.