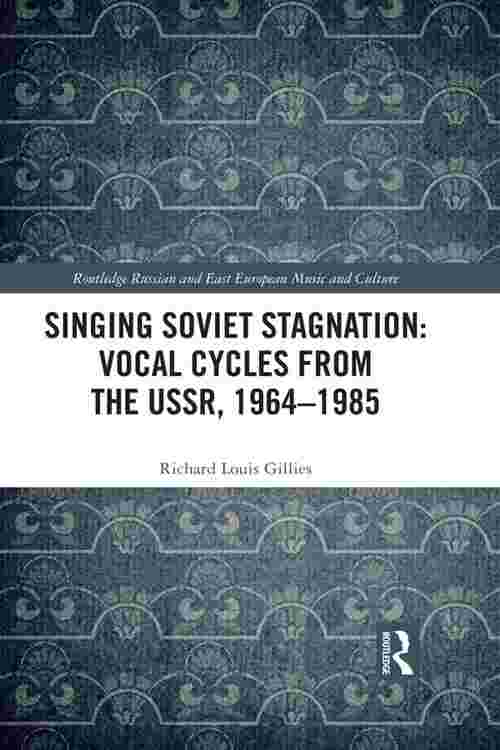 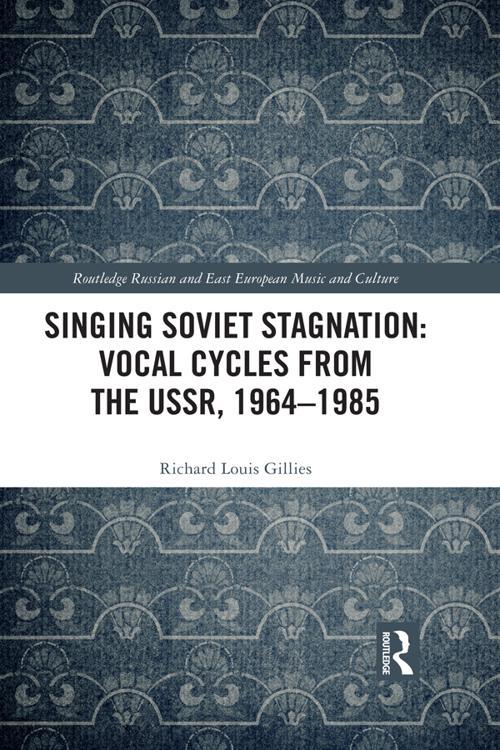 Singing Soviet Stagnation: Vocal Cycles from the USSR, 1964–1985 explores the ways in which the aftershock of an apparent crisis in Soviet identity after the death of Stalin in 1953 can be detected in selected musical-literary works of what has become known as the 'Stagnation' era (1964–1985).

Richard Louis Gillies traces the cultural impact of this shift through the intersection between music, poetry, and identity, presenting close readings of three substantial literary-musical works by three of the period's most prominent composers of songs and vocal cycles:

The study elaborates an interdisciplinary approach to the analysis of musical-literary artworks that does not rely on existing models of musical analysis or on established modes of literary criticism, thereby avoiding privileging one discipline over the other. It will be of particular significance for scholars, students, and performers with an interest in Russian and Soviet music, the intersection between music and poetry, and the history of Russian and East European culture, politics, and identity during the twentieth century.