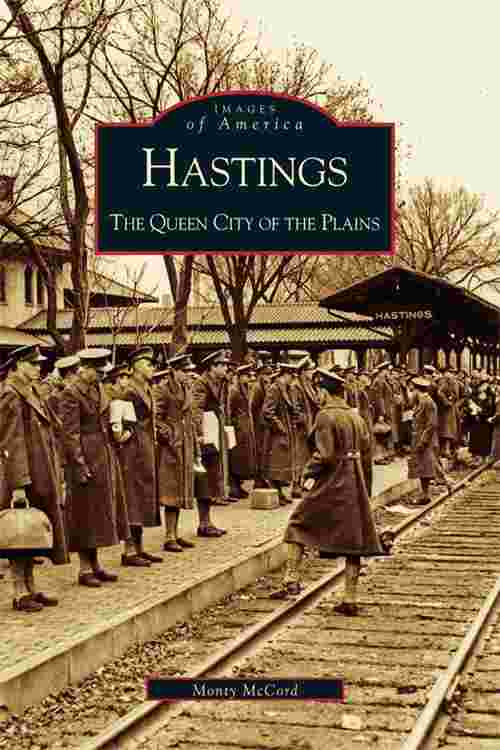 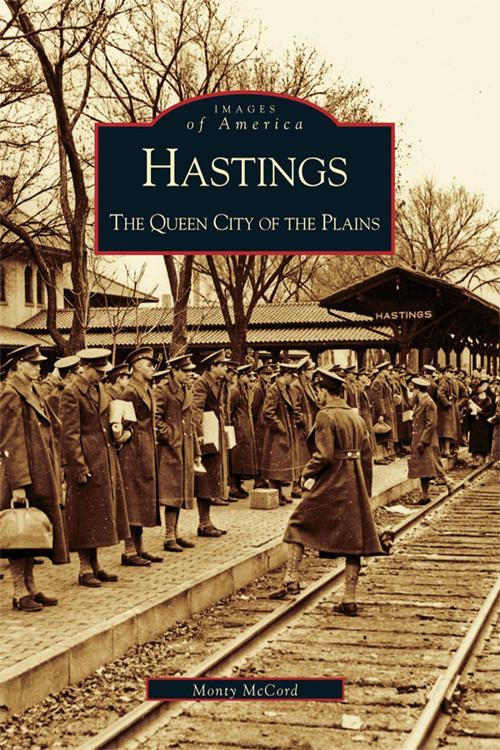 Railroads were responsible for establishing many towns in Nebraska, including Hastings. The location of the city was determined by the junction of two railroads, the Burlington and Missouri River, and the St. Joseph and Denver City. Hastings was founded in 1872 and named after railroad construction engineer Major Delmonte Hastings.

Hastings: The Queen City of the Plains includes over 200 photographs from the Adams County Historical Society and the author, Monty McCord. You will see Heartwell Park, which was originally established as a private park by James B. Heartwell in 1886. Other images show the Fisher Rainbow Fountain, one of the most identifiable landmarks in the city, located in front of the utilities building. This book also showcases images of the U.S. Naval Ammunition Depot, which was built during World War II, and had a large impact on Hastings' development.