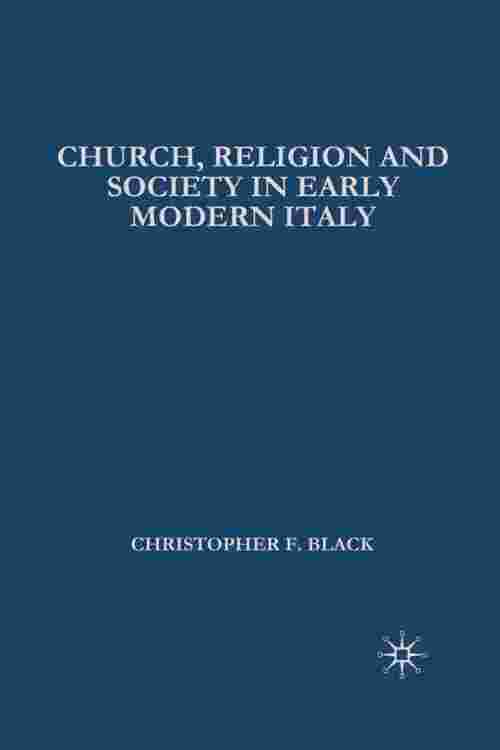 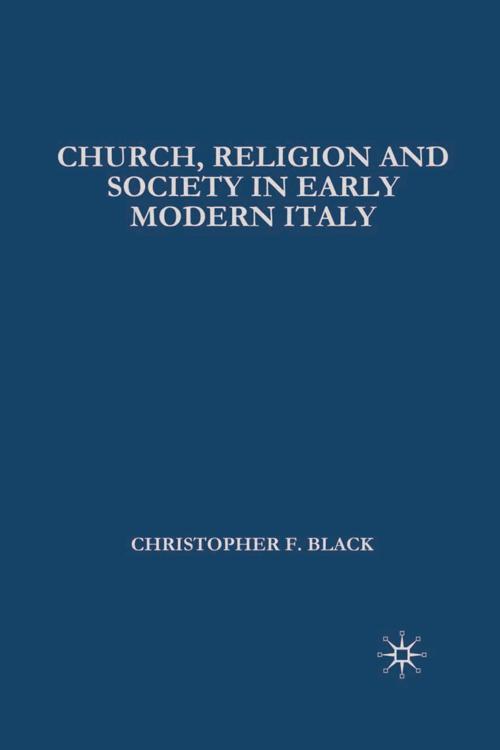 Many Italians in the early sixteenth century challenged Church authority and orthodoxy, stimulated by religious 'Reformation' debates and the lack of agreement on alternatives to Rome's leadership. This book surveys and analyses the various positive and negative responses which led to a re-formation of Church institutions, and parish life for the lay population, especially after the Council of Trent in 1563. Church, Religion and Society in Early Modern Italy:
- Discusses the roles of bishops and parochial clergy, seminaries and religious education
- Examines religious orders and lay confraternities, particularly in relation to 'good works' or philanthropy
- Explains the varied uses of the visual arts, music, processions and festivities to enthuse and educate the laity
- Pays special attention to two controversial issues: the Inquisition's role and the stricter enclosure of nuns Comprehensive yet approachable, Christopher F. Black's volume incorporates diverse religious practices and experiences, and explores the successes and failures of reform throughout mainland Italy during a period of religious and social upheaval.