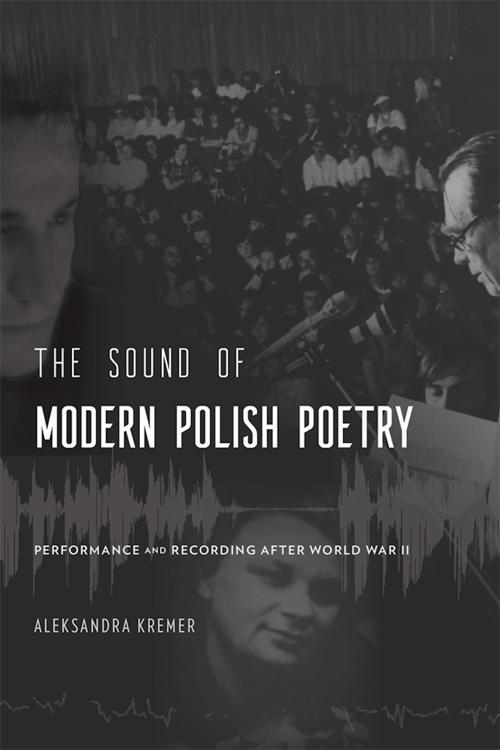 An illuminating new study of modern Polish verse in performance, offering a major reassessment of the roles of poets and poetry in twentieth-century Polish culture. What's in a voice? Why record oneself reading a poem that also exists on paper? In recent decades, scholars have sought to answer these questions, giving due credit to the art of poetry performance in the anglophone world. Now Aleksandra Kremer trains a sharp ear on modern Polish poetry, assessing the rising importance of authorial sound recordings during the tumultuous twentieth century in Eastern Europe.Kremer traces the adoption by key Polish poets of performance practices intimately tied to new media. In Polish hands, tape recording became something different from what it had been in the West, shaped by its distinctive origins behind the Iron Curtain. The Sound of Modern Polish Poetry reconstructs the historical conditions, audio technologies, and personal motivations that informed poetic performances by such luminaries as Czes?aw Mi?osz, Wis?awa Szymborska, Aleksander Wat, Zbigniew Herbert, Miron Bia?oszewski, Anna Swir, and Tadeusz Ró?ewicz. Through performances both public and private, prepared and improvised, professional and amateur, these poets tested the possibilities of the physical voice and introduced new poetic practices, reading styles, and genres to the Polish literary scene. Recording became, for these artists, a means of announcing their ambiguous place between worlds.Kremer's is a work of criticism as well as recovery, deploying speech-analysis software to shed light on forgotten audio experiments—from poetic "sound postcards, " to unusual home performances, to the final testaments of writer-performers. Collectively, their voices reveal new aesthetics of poetry reading and novel concepts of the poetic self.