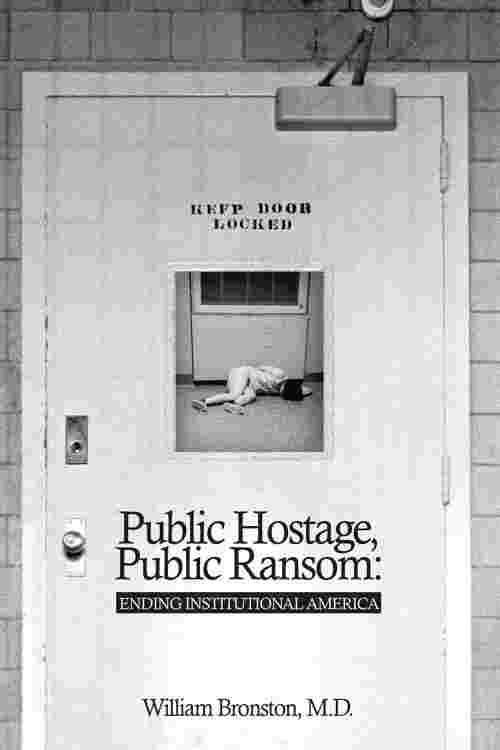 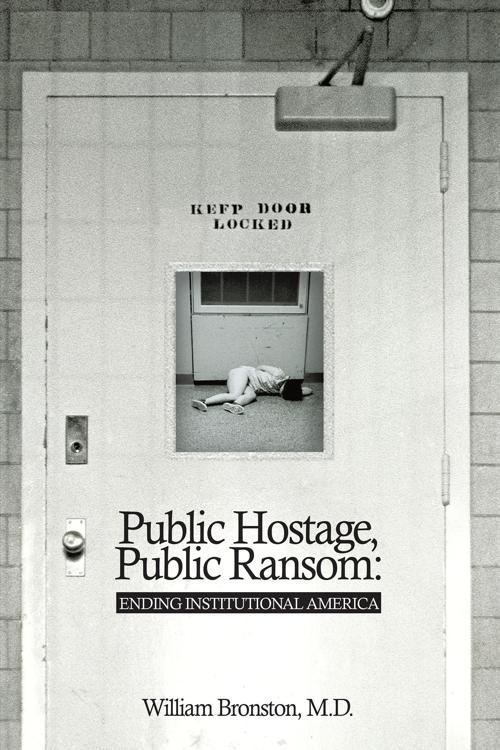 Public Hostage, Public Ransom starts with the autobiographical story of William Bronston, the activist physician whose early professional California training steels him with a deep moral, professional and cultural bond to the huge 6000 person disabled population he encounters incarcerated in Willowbrook State School in Staten Island, NY, on whose behalf he daily battles to humanize and ultimately catalyze a Federal Class Action Lawsuit against the state to close the deathmaking institution.

Prior to the expose of Willowbrook, no small individualized community living arrangements

institutions warehoused the 'different' population imposed on their stricken families. Having been

closed to admission by public scandal and impossible overcrowding, families were blackmailed to have their dependent member submit to secret viral research whose impact was completely unknown, where rampant disease, gruesome sanitation, lack of adequate food, clothing, carloads of tranquilizing medicine and the most minimal care and supervision was the brutal norm.

Ultimately, concerned parents, caring workers, top child development leaders in the field, local and national media were organized to expose and address the bureaucratic evil and ubiquitous violence that dominated the wretched lives inside.

This passionate book documents the immense drama, and story arc, of the public mobilization, media expose and Federal judicial process Bronston helped arouse, that forged the path to what ultimately becomes the legal conviction for this systemic human abuse and Justice Ruth Ginsburg's subsequent, monumental Supreme Court Olmstead Decision that framed the rightful foundation for nationwide deinstitutional reform. Dr. Bronston draws the clear line to indict the self serving State bureaucracy and the strategic rationale to end Title 19 of the Social Security Act, the Medicaid system, in order to heal the deep societal wound that the nursing home and assisted living industry, the segregated norm, that compels our universal commoditized and paradigmatic terminus.

The human rights movement in America has transformed the lives of all people with special needs as new politics, technology and a profound awareness of the dehumanization of this vast community reached a zenith in the late 1960s and 1970s. It leads to the passage of the Americans with Disabilities Act that emancipated the devalued and stigmatized populations of labeled people

degenerative conditions, on and on, "public hostages", who now age to become society's elders consigned again to profit driven, segregated and congregate institutional lives, funded by Medicaid's billions, America's "public ransom". _ us an artificially created domestic refugee population, torn from every community and devastating America's families has become an accepted paradigm that Dr. Bronston's story intimately charts and passionately indicts. Universal expanded and improved Medicare for all, single payer health care, is the clear solution and ultimate antidote to this crime against humanity we numbly tolerate.

The shocking horrors of Willowbrook State School have been exposed and will never be forgotten. In Doctor William Bronston's defining book, Public Hostage Public Ransom: Ending Institutional America, he takes on all of America's institutions, the segregated nursing home industry, that have not learned the lesson of the tragedy of Willowbrook. His Muckraking efforts remind one of a latter-day Lincoln Steffens, Ida Tarbell, or Jacob Riis. His book is a scathing reminder of all we still have to do to build a sympathetic and just world for the many who are unable to find it for themselves.