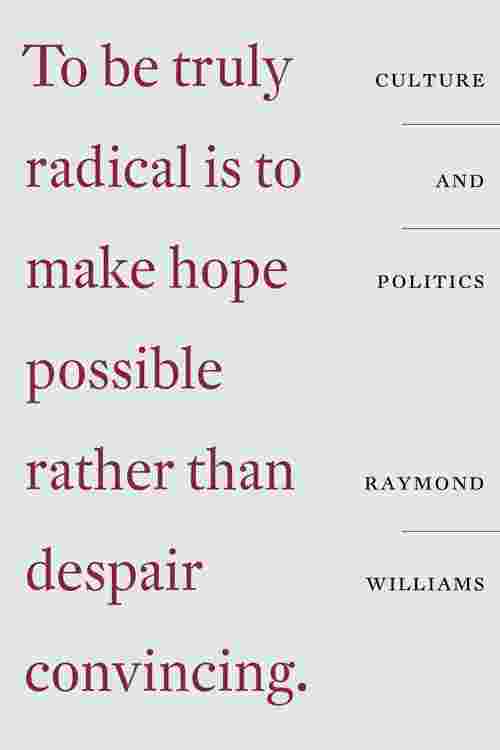 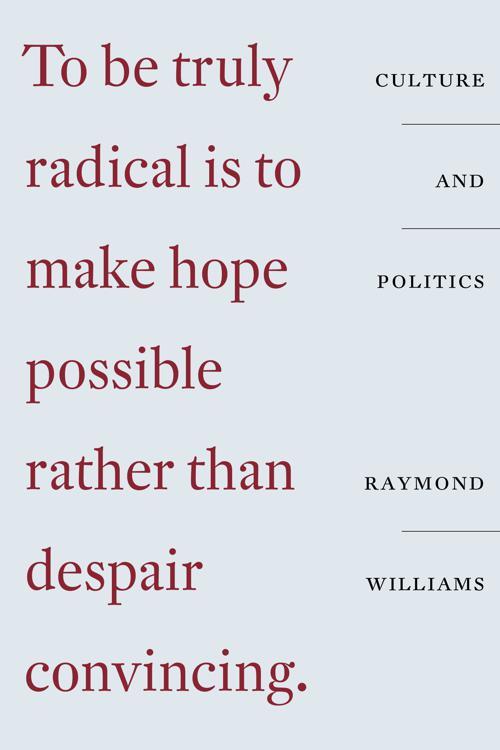 Raymond Williams was a pioneering scholar of cultural and society, and one of the outstanding intellectuals of the twentieth century. In this, a collection of difficult to find essays, some of which are published for the first time, Williams emerges as not only one of the great writers of materialist criticism, but also a thoroughly engaged political writer.
Published to coincide with the centenary of his birth and showing the full range of his work, from his early writings on the novel and society, to later work on ecosocialism and the politics of modernism, Culture and Politics shows Williams at both his most accessible and his most penetrating.An essential book for all those interested in the politics of culture in the twentieth century, and the development of Williams's work.