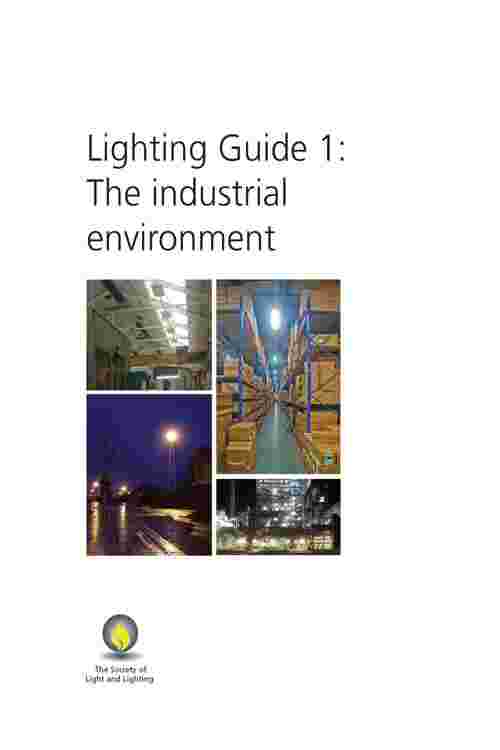 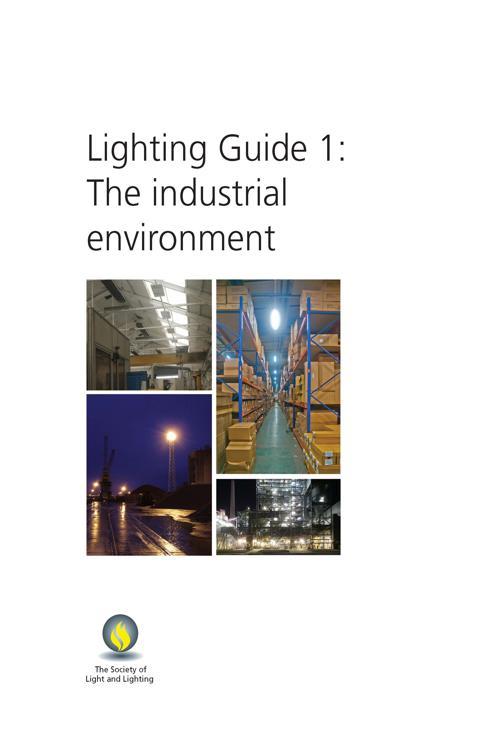 The scope of this guide is concerned with lighting for industry. Industry is taken to be those activities involved in the production, treatment, manufacture and distribution of products. Associated areas such as offices and sales rooms are not considered in this guide. By lighting it is meant those facilities whose primary purpose is to enable people to see to perform work. Light as a direct part of the production process is not considered in this guide. Given the myriad of different products produced by industry it is impossible to consider each one separately and even if it was the resulting document would be extremely large and very repetitious. Therefore, the approach adopted here is to consider each industry separately, bringing out the specific lighting problems posed by that industry.If you cannot find a mention of the activity which interests you in this guide then examining the discussion of an analogous activity will often be worthwhile. Lighting, as used in industry, has three objectives: to facilitate quick and accurate work, to contribute to the safety of those doing the work and to create a good visual environment. These three objectives are not mutually exclusive. Indeed, if quick and accurate work is to be possible, then visual discomfort needs to be eliminated and safety ensured.The lighting conditions needed to facilitate rapid and accurate work are determined by several different factors. First amongst them are the capabilities of the human visual system in different lighting conditions. As the luminance to which the visual system is adapted increases, people's abilities to discriminate fine detail, identify small contrasts and see significant differences in form and colour all improve. Second, is the stimulus presented to the visual system; the smaller the size of detail, the lower the contrast of those details, the shorter the time for which the stimulus is presented and the less predictable the position where the stimulus will appear, the more difficult will be the situation faced by the visual system. Most of these variables are determined by the task itself but lighting conditions can have an effect as for example when veiling reflections change the contrast of the task or the directional properties of the lighting change the perception of form. Third, is the role of the information obtained visually in the performance of the overall task. Some tasks are largely visual but others can almost be done with the eyes shut. The greater the significance of the visual part of the task to the speed and/or accuracy with which the task can be done, the greater is the importance to be attached to the lighting conditions.It must be stressed that it is as important to apply the correct colour and form of lighting as it is to accurately achieve a specified illuminance. The success of an installation should not be judged by light meters but through the eyes of those who have to perform the work. Similarly, efficiency should not be rated simply bythe effectiveness of gathering all the lamp lumens and exclusively directing them onto the task plane, but rather by the ease with which the task can be seen and by the contribution of the lighting installation to making the workplace more agreeable.The reader is urged to read through the whole of this guide and not simply to turn to the tables of recommendations. Throughout the text, successful lighting techniques are discussed. Learn to analyse the visual task and the lighting problem. If an operative has moved a lamp by tying it into position with a pieceof string think why and build on it. If certain jobs can only be carried out at a particular time of day with the aid of daylight to try to understand why.The recommendations and advice given in this guide are representative of good practice and are based on practical experience, scientific knowledge and economic reality.