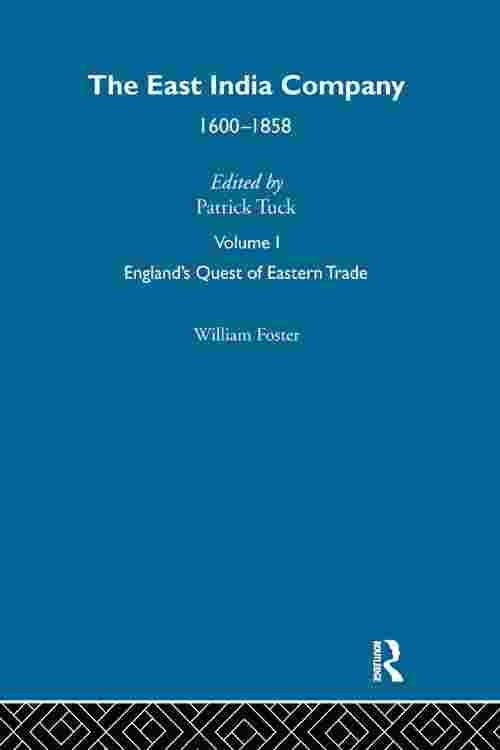 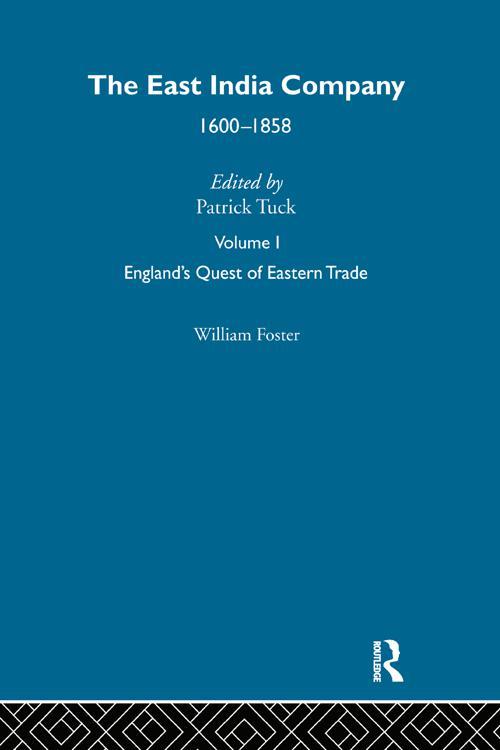 First published in 2004. The purpose of this reference work is to offer a range of materials covering the history of the East India Company during the two and a half centuries of its existence.Volume I, Sir William Foster's England's Quest of Eastern Trade, examines the English investigation of trade routes to the East in the sixteenth century, and contains a scholarly and vivid account, not only of the foundation of the East India Company in 1599-1600, but also of its subsequent growth in the seventeenth century.