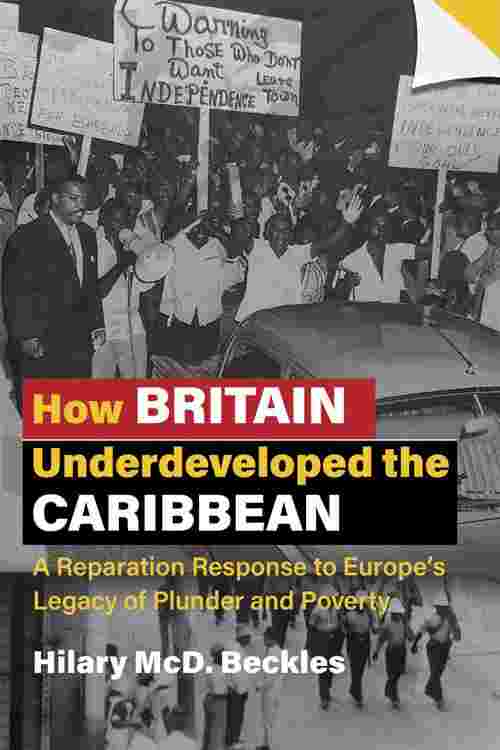 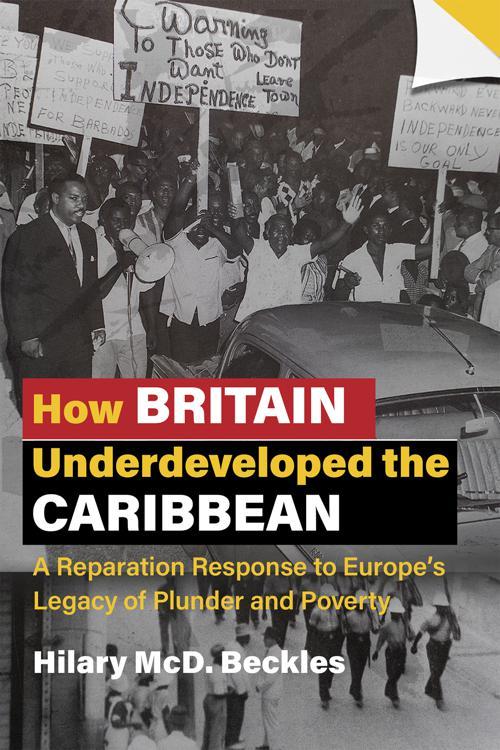 "The modern Caribbean economy was invented, structured and managed by European states for one purpose: to achieve maximum wealth extraction to fuel and sustain their national financial, commercial and industrial transformation." So begins How Britain Underdeveloped the Caribbean: A Reparation Response to Europe's Legacy of Plunder and Poverty as Hilary McD. Beckles continues the groundbreaking work he began in Britain's Black Debt: Reparations for Caribbean Slavery and Native Genocide.

We are now in a time of global reckoning for centuries of crimes against humanity perpetrated by European colonial powers as they built their empires with the wealth extracted from the territories they occupied and exploited with enslaved and, later, indentured labour. The systematic brutality of the transatlantic trade in enslaved Africans and the plantation economies did not disappear with the abolition of slavery. Rather, the means of exploitation were reconfigured to ensure that wealth continued to flow to European states.

Independence from colonial powers in the twentieth century did not mean real freedom for the Caribbean nations, left as they were without the resources for meaningful development and in a state of persistent poverty. Beckles focuses his attention on the British Empire and shows how successive governments have systematically suppressed economic development in their former colonies and have refused to accept responsibility for the debt and development support they owe the Caribbean.

Publisher
The University of the West Indies Press
Year
2021
ISBN
9789766408718
Topic
History
Subtopic
Latin American & Caribbean History
Chapter 1
Roots of Poverty: Emancipation Business Model
So far as purely British interests are concerned, this might not greatly matter. We have no great commercial or defence interests in these islands any longer; and the ties that we have with them are largely cultural, moral and sentimental. Our principal ally, the United States, is, however, very sensitive about anything that happens in these territories and would not welcome a situation developing in which Britain withdrew and left seven potential little Haitis or Cubas on their door step.
—Sir H. Poynton to Sir P. Gore Booth [permanent undesecretary of state] 28 September 1965, FO 371/179142, no. 5
The cumulative efforts of three hundred years of British colonial trade policies constitute the principal causes of the West Indian economy entering the mid-twentieth century structurally underdeveloped and unprepared for the economic challenges associated with nationhood. The legal creation and commercial management of the slavery-based economies between the 1630s and 1830s, and a subsequent century of white-supremacy governance, assured the region’s impoverishment and social degradation.35
Containing the nineteenth-century economic access, ownership and participation of the emancipated social majority, and later the indentured Asians, effectively ruled out the concept of a Caribbean, broad-based economy. Even when, in the 1950s, the resurrected concept was officially upheld by anti-colonial leaders, the imperial government received it with attitudes ranging from outrage to hostility.
The poverty of African and Asian communities was sustained as the colonial norm by Britain and considered necessary in order to assure white economic control. Rigidly embedded in the regulation of the post-slavery economy was the principle of white supremacy. It was for this reason, at the beginning of the twentieth century, that African and Asian majority communities were in consensus that only force of arms could uproot and replace this economic governance.36
Economic Extraction Model
The West Indies began their modern existence as a massive crime scene. The British state and its colonizing investors took the culture of commercial plunder and corresponding crimes against humanity to the highest global level. As the indigenous population collapsed from over three million to fewer than thirty thousand, British investors imported over three million enslaved Africans to replace them. In addition, investors enslaved millions of their offspring in the wealth extraction system. Profit-maximizing businesses were built around mining, farming and trading; all utilized the commodification of African labour. The principal form of investment in property was the enslaved African body.37
Britain was first among the European investors to legally codify the enslaved and enchained African as non-human. Over time, the legal designation gained commercial sophistication, and enslaved Africans were subject to all the characteristics of property.38 They could be transferred by a bill of sale or oral agreement and were generally accounted for as capital assets. In addition, they could be used as cash and presented as an instrument in a financial transaction.39
Profits from this economic system drove a factory-building frenzy in the rural and urban economy of Britain. The economics of slavery, furthermore, facilitated genocidal outcomes. No African population in a West Indian colony had as many members at the end of slavery in 1838 as it had imported from Africa.
Barbados, the economic model that produced massive financial success for investors, imported 600,000 Africans. In 1834, when emancipation legislation eventually recognized Africans as humans and ended the institution of slavery, there were 83,000. Jamaica imported some 1.5 million Africans and at emancipation contained just over 300,000. In general, no more than 20 per cent of imported Africans into a colony survived this holocaust.40
The West Indies, then, experienced at the hands of the British both an indigenous and an African genocide, a double crime against humanity that is yet to be officially acknowledged by Britain. The wealth extracted in the process generated British economic growth and institutional development. In this way, Britain was able to attain its national strategic goals. Investing elites thrived; the middle and working classes consumed more, better and cheaper food; and the nation’s living standard had never been higher.
British political prestige was elevated in the exercise of the economic power that followed. This, along with profit and power, was the objective of the paradigm, which proved addictive to British national consciousness. The desire for sugar and other colonial products knew no limit. Wealth extraction was done effectively and with minimum injection of capital. The concept that best captures this method is “plunder”. “Britishness” became synonymous with brutishness within the context of the extraction model.41
Slave owners responded to Adam Smith’s magisterial academic work on the relationship between slavery and British economic growth. The Wealth of Nations was published in 1776 and it specified the positive and negative impact of the West Indian economy at the height of its wealth generation. Jamaica, the core of the eighteenth-century British colonial economy, was destroying and replacing enslaved Africans at a rate of nearly ten thousand per year.42
Smith questioned the financial efficiency of the mature slavery extraction model, its productivity and profitability, and the rationality of capital allocation. He presented an economic argument that situated the aging slave economy on the cost side of the national balance sheet. Wastage, he stated, was the hallmark of the century-old model; it could not be reformed, and should be abandoned. As a business enterprise, he concluded it was no longer adding value to the British economy, though it still en...