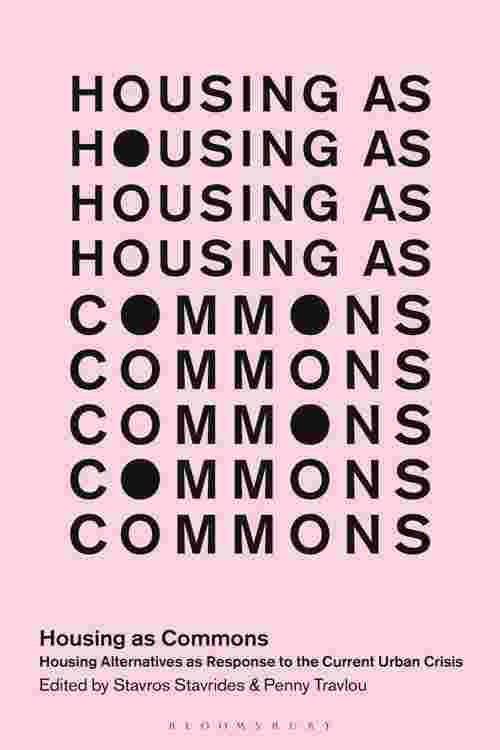 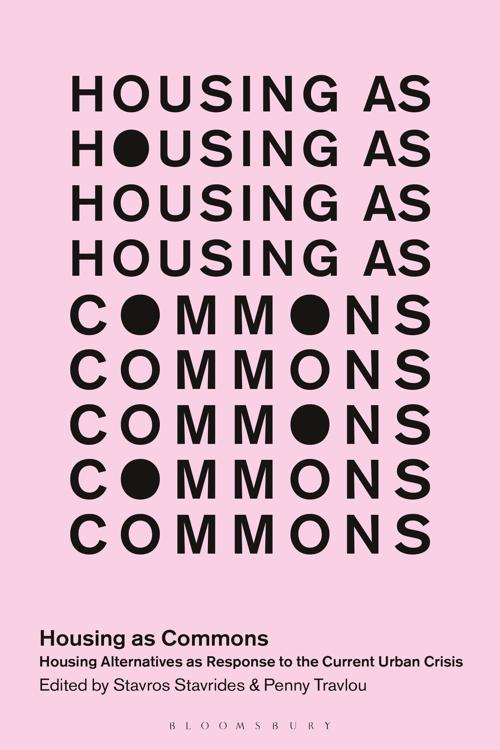 Experiences of the struggle for housing, ignited by the lack of social and affordable housing, have led to the establishing of shared and self-managed housing areas. In such a context, it becomes crucially important to re-think the need to define common urban worlds "from below". Here, Penny Travlou and Stavros Stavridis trace contemporary practices of urban commoning through which people re-define housing economies. Connecting to a rich literature on the importance of commons and of practices of commoning for the creation of emancipated societies, the authors discuss whether housing struggles and co-habitation experiences may contribute in crucial ways to the development of a commoning culture. The authors explore a variety of urban contexts through global case studies from across the Global North and South, in search of concrete examples that illustrate the potentialities of urban commoning.

The urgency of the common

The shared interest in the experience was defined upon two urgent circumstances: one originated in the city and the other in the university.
Urgency is a state of existence and crisis of the Brazilian cities. The blatant inequalities that structure them entail in continued and renewed situations of fragmentation, segregation, racism, precariousness, insecurity, risks and invisibility to large portions of the population and the territory, especially to the most vulnerable ones. The city in question, as most Brazilian cities, is ruthless and – despite the abundance of life and creation present in the so-called territories of poverty – demands enduring concentrated effort, struggles and mobilization as ordinary requirements for one to insert oneself in it.
The demands related to the expanded possibilities of reproduction in the city mobilized the urgencies of the associations, movements and collectives taking part in the exchange, directly problematizing the issue of the common city, in its various scales. The city inhabited by these collective subjects and revealed by their encounter with the university is marked by historical and renewed processes of subalternization, dispossession, impoverishment and vulnerabilization. Here, the so-called necropower (Mbembe, 2018) delineates the politics of death, bringing to the scene the production of zones or territories where the free right to kill would be confirmed.
The Latin American city’s hegemonic articulation, symbolized here by the contemporary city of Salvador, materializes itself in massive, racialized and hypersexualized processes (Collins, 2015; Gonzales, 1984; Nascimento, 1978) of precarious urbanization (Oliveira, 1982), associated to low levels of popular integrativity, as well as non-modern worlds within these global and local orders (Chakravartty & Silva, 2012; Dirlik, 2007). The conflictive spheres resulting from city interventions and transformational processes reveal themselves as important spaces of interaction, opening a kind of crossroad between their uncommon worlds (Blaser & de la Cadena, 2018) and releasing a range of possibilities, disagreements and negotiations on ways, contents, senses and effects of urban transformations.
Based on this complex and vital encounter, the search for development of commons reveals a way of engagement that challenges the unitary logic of the state’s public sphere, reopening and repoliticizing the discussion and (re)formulation of collective issues, through more autonomous and democratic spheres (Boullosa, 2013).
But urgency is also a state of existence and crisis in the university. Not only knowledge production implicates even more complex issues, but its social validation has also been constantly put in check. Issues concerning decoloniality and epistemic justice, for instance, cause the recognition of distinctive systems of thought, which – without any eccentricity or folklore – based themselves on other ontological and social structures. Therefore, they also bring about the necessity of challenging our own philosophical system. That means, how does one deal with otherness, in a reciprocal and legitimate way, one that is agreed and symmetrical?
The issue for universities, in their common and heterogeneous condition, would be that of building a composite space, in which the members (as Mouffe (2007) reminds us, in her agonistic democracy) are legitimized while building the power to speak, as well as the power to listen and their distinct reception conditions. A plural system of references is collectively legitimized. In this path, the co-implication of subjects of resistance and creation is quintessential, for it turns interaction into the politics in the act of the common’s constitution itself.
Therefore, the point here, evidently, is neither the assistentialist extension nor the instrumental research that supports the neoliberal university. On the contrary, this encounter, born out of many urges, yearns for the abandonment of hierarchy in the relationships between the university and the marginalized territories, destabilizing and reformulating the terms and contents of the knowledge elaboration. The commitment with collective actions, in favour both of life and of confrontation with subalternization processes, calls us upon an ethics of social engagement in gestures of ontological and epistemological opening. That is to say, collaborations – such as this one – are opportunities for us to challenge the science’s and the university’s hegemonic practices, that, to this day, are still mostly guided by the colonial canons of modern science and their hierarchies of power knowledge.
Hence, the urgency to build a political and technical space of shared learning as a step towards a repositioning in the face of established interdictions to the right to the common city for most of its population.
At first, the experience was aimed at the activation of each territory. At this stage, the collectives’ leaders had prominent roles. They worked mobilizing the residents while keeping contact with the university to establish which contents should be discussed according to what was urgent in each case. It was about constituting a still-fragile relationship network that, polarized by the university, connected the many collectives involved.

Recognition and the common in process

Recognition in the collaborative space within the exchange embraces the residents’ very humanity in the territories involved, for its absence means death (Noguera, 2016). The associations, movements and collectives taking part in the exchange recognize themselves as loc...