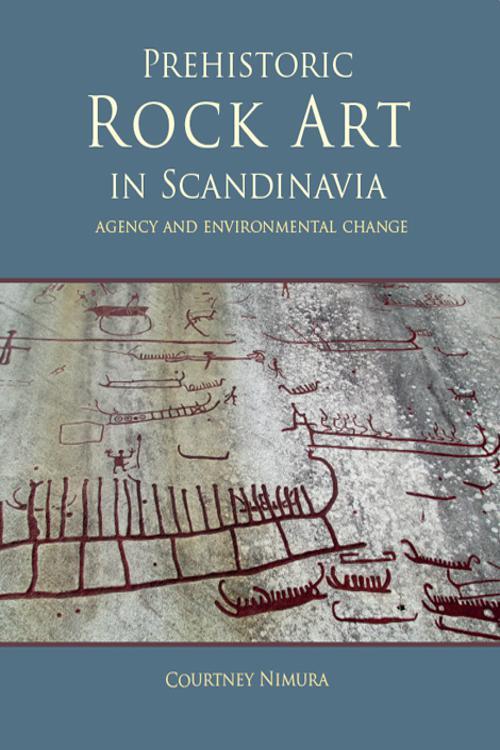 Scandinavia is home to prolific and varied rock art images among which the ship motif is prominent. Because of this, the rock art of Scandinavia has often been interpreted in terms of social ritual, cosmology, and religion associated with the maritime sphere. This comprehensive review is based on the creation of a Scandinavia-wide GIS database for prehistoric rock art and reexamines theoretical approaches and interpretations, in particular with regard to the significance of the ship and its relationship to a maritime landscape

Discussion focuses on material agency as a means to understanding the role of rock art within society. Two main theories are developed. The first is that the sea was fundamental to the purpose and meaning of rock art, especially in the Bronze Age and, therefore, that sea-level/shoreline changes would have inspired a renegotiation of the relationship between the rock art sites and their intended purpose. The fundamental question posed is: would such changes to the landscape have affected the purpose and meaning of rock art for the communities that made and used these sites? Various theories from within and outside of archaeology are drawn on to examine environmental change and analyze the rock art, led to second theory: that the purpose of rock art might have been altered to have an effect on the disappearing sea. The general theory that rock art would have been affected by environmental change was discussed in tandem with existing interpretations of the meaning and purpose of rock art. Imbuing rock art with agency means that it could be intertwined in an active web of relations involving maritime landscapes, shoreline displacement and communities.

Though created in stone and fixed in time and place, rock art images have propagated belief systems that would have changed over time as they were re-carved, abandoned and used by different groups of inhabitants. In the thousands of years rock art was created, it is likely that shoreline displacement would have inspired a renegotiation of the purpose and meaning of the imagery situated alongside the Scandinavian seas. This journey through a prehistoric Scandinavian landscape will lead us into a world of ancient beliefs and traditions revolving around this extraordinary art form.