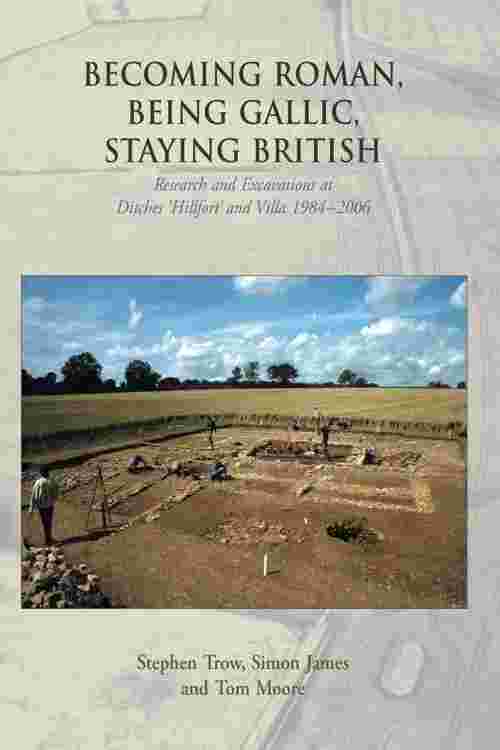 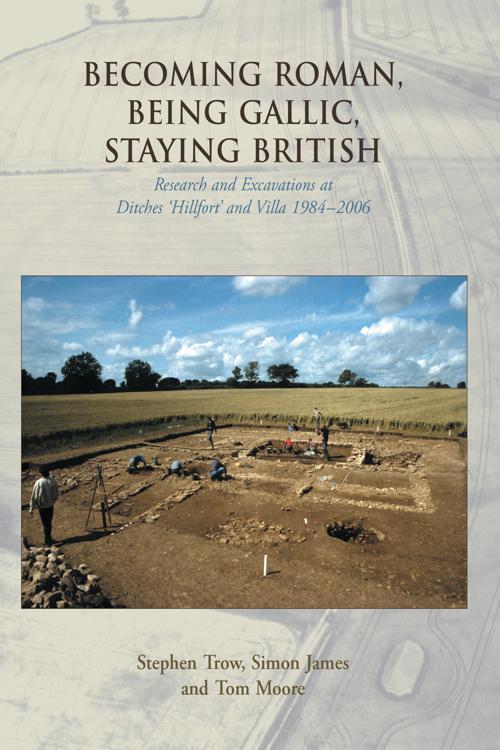 Excavations carried out from 1984-1985 at Ditches in Gloucestershire identified a large, late Iron Age enclosure which contained a remarkably early Roman villa. This long awaited excavation report reinterprets this evidence in the light of more recent studies of the late Iron Age-Roman transition. It extends our understanding of the Ditches-Bagendon-Cirencester oppida complex, and corroborates the latest thinking on the nature of Romanisation. New conceptions are challenging the significance of the Claudian invasion of AD 43, suggesting that Roman political influence in southern Britain was much more important than commonly thought decades before this. The Roman take-over was a long drawn-out process, which began especially with intimate links between Caesar and his successors and the dynasts they supported or implanted in Britain on the other. High status archaeological sites are central to these relations, including the so-called oppida , developed in southern Britain in the decades between Caesar's raids and the Claudian occupation. Ditches provides further corroborative evidence. Several phases of Romano-British building were uncovered, revealing an unusual sequence of development for a villa in the region and representing an exceptionally early villa beyond south-east England. Discoveries included a well-preserved cellar and a range of finds, including Gallo-Belgic wares, Iron Age coins, coin moulds, Venus figurines and brooches indicating high-status occupation. The form and date of the villa also provides evidence of connections between the late Iron Age elites and communities of southern England and Gaul. Further evidence suggests the villa was abandoned in the later second century AD, emphasising the unusual sequence of the site.