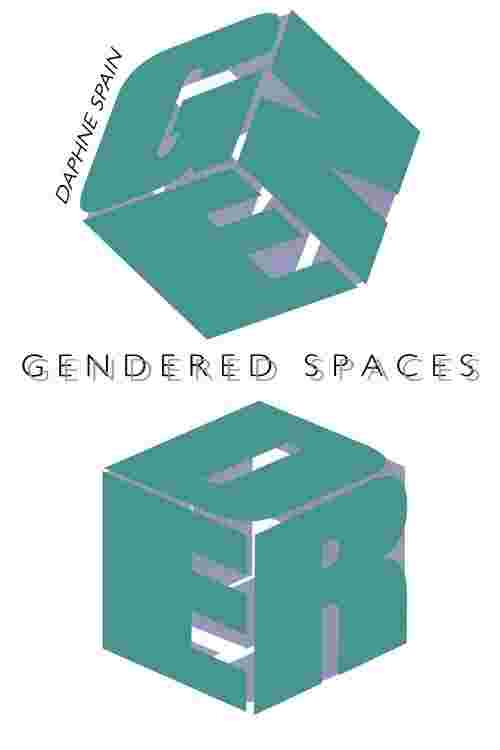 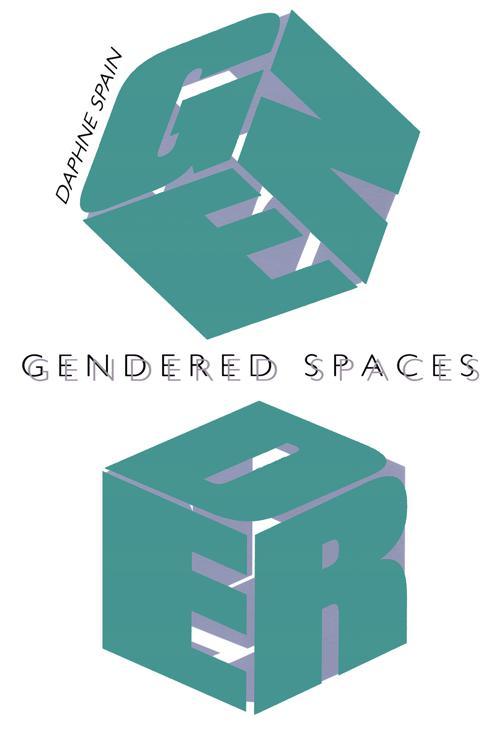 In hundreds of businesses, secretaries -- usually women -- do clerical work in "open floor" settings while managers -- usually men -- work and make decisions behind closed doors. According to Daphne Spain, this arrangement is but one example of the ways in which physical segregation has reinforced women's inequality. In this important new book, Spain shows how the physical and symbolic barriers that separate women and men in the office, at home, and at school block women's access to the socially valued knowledge that enhances status. Spain looks at first at how nonindustrial societies have separated or integrated men and women. Focusing then on one major advanced industrial society, the United States, Spain examines changes in spatial arrangements that have taken place since the mid-nineteenth century and considers the ways in which women's status is associated with those changes. As divisions within the middle-class home have diminished, for example, women have gained the right to vote and control property. At colleges and universities, the progressive integration of the sexes has given women students greater access to resources and thus more career options. In the workplace, however, the traditional patterns of segregation still predominate. Illustrated with floor plans and apt pictures of homes, schools, and work sites, and replete with historical examples, Gendered Spaces exposes the previously invisible spaces in which daily gender segregation has occurred -- and still occurs.

A whole history remains to be written of spaces—which would at the same time be the history of powers— . . . from the great strategies of geo-politics to the little tactics of the habitat.
—Michel Foucault, Power/Knowledge
Throughout history and across cultures, architectural and geographic spatial arrangements have reinforced status differences between women and men. The “little tactics of the habitat,” viewed through the lenses of gender and status, are the subjects of this inquiry. Women and men are spatially segregated in ways that reduce women’s access to knowledge and thereby reinforce women’s lower status relative to men’s. “Gendered spaces” separate women from knowledge used by men to produce and reproduce power and privilege.
Sociologists agree that, whether determined by the relationship to the means of production, as proposed by Marx, or by “social estimations of honor,” as proposed by Weber, status is unequally distributed among members of society and that men as a group are universally accorded higher status than women as a group (Blumberg 1984; Collins 1971; Huber 1990; Whyte 1978a). Status distinctions among groups of people constitute the stratification (social ranking) system of a society. Women’s status is thus a component of gender stratification, as is men’s status. “Women’s status” and “gender stratification” are used interchangeably throughout this book to designate women’s status in relation to men’s. “Gender” refers to the socially and culturally constructed distinctions that accompany biological differences associated with a person’s sex. While biological differences are constant over time and across cultures (i.e., there are only two sexes), the social implications of gender differences vary historically and socially.
Women and men typically have different status in regard to control of property, control of labor, and political participation. A variety of explanations exists for the persistence of gender stratification. Most theories are based on biological, economic, psychological, or social interpretations (Chafetz 1990). Our understanding of the tenacity of gender inequalities, however, can be improved by considering the architectural and geographic spatial contexts within which they occur. Spatial arrangements between the sexes are socially created, and when they provide access to valued knowledge for men while reducing access to that knowledge for women, the organization of space may perpetuate status differences. The “daily-life environment” of gendered spaces thus acts to transmit inequality (Dear and Wolch 1989, 6). To quote geographer Doreen Massey, “It is not just that the spatial is socially constructed; the social is spatially constructed too” (Massey 1984a, 6).
The history of higher education in America provides an example of the spatial contexts with which gender relations are entwined. Colleges were closed to women until the late nineteenth century because physicians believed that school attendance endangered women’s health and jeopardized their ability to bear children (Rosenberg 1982, 5; Rothman and Rothman 1987). In 1837 Mary Lyon defended her creation of the first college for women, Mt. Holyoke, by citing its role in “the preparation of the Daughters of the Land to be good mothers” (Watson 1977, 134). Mt. Holyoke was built in rural Massachusetts to protect its students from the vices of big cities (Horowitz 1984).
An initial status difference (the fact that few women were physicians and none sat on college admissions boards) translated into the exclusion of women from colleges. Spatial segregation, in turn, reduced women’s ability to enter the prestigious medical profession to challenge prevailing assumptions about the suitability of educating women. The location of knowledge in a place inaccessible to women reinforced the existing gender stratification system that relegated women to the private sphere and men to the public sphere.
A few pioneering women gained access to higher education, initially through segregated women’s colleges. They entered a different world from that of men’s colleges such as Harvard, Amherst, and the University of Virginia, which consisted of separate buildings clustered together around common ground. Male students moved from chapel to classroom to their rooms; dormitories had several entrances; rooms were grouped around stairwells instead of on a single corridor; and faculty lived in separate dwellings or off the campus entirely. In contrast, the first women’s colleges were single large buildings that housed and fed faculty and students in addition to providing space for classrooms, laboratories, chapel, and library under the same roof. Compared to the relative freedom of dispersed surroundings enjoyed by men, women were enclosed and secluded in a single structure that made constant supervision possible (Horowitz 1984, 4-22).
Women eventually entered coeducational institutions with men. Initially, though, they were relegated to segregated classrooms (Woody [1929] 1974, 2:285) or to coordinate (i.e., “sister”) colleges on separate campuses (Newcomer 1959, 40). Spatial barriers finally disappeared as coeducation became increasingly acceptable. As women attended the same schools and learned the same curricula as men, their public status began to improve—most notably with the right to vote granted by the Nineteenth Amendment in 1920.
Thus, both geographic distance and architectural design established boundaries between the knowledge available to women and that available to men. The existing stratification system depended on an ideology of women’s delicate health to deny them access to college. These resultant spatial arrangements, in turn, made it difficult for women to challenge the status quo. Once spatial barriers were breached, however, the stratification system began to change.

The Social Construction of Space

Over the course of the life cycle, everyone experiences one or more of the institutions of family, education, and the labor force. If we are to understand the systemic nature of gender stratification, it is to the interplay of these institutions that we must look (Brinton 1988). Equally important are the spaces within which institutional activities occur. Families must be analyzed in the context of dwellings, education in the context of schools, and labor in the context of workplaces. These “spatial institutions” form barriers to women’s acquisition of knowledge by assigning women and men to different gendered spaces. Masculine spaces (such as nineteenth-century American colleges) contain socially valued knowledge of theology, law, and medicine, while feminine spaces (such as the home) contain devalued knowledge of child care, cooking, and cleaning.
An institution, in sociological terms, refers to a patterned set of activities organized around the production of certain social outcomes. For example, the family is an institution because it is organized to reproduce future generations. Certain institutions are universal and evolve to fill requirements necessary to the maintenance of society. All societies must have the ability to biologically reproduce themselves, convey knowledge to members, produce goods and services, deal with the unknown, and preserve social order. Thus, some form of family, education, military, economy, religion, and system of legal justice exists in every society.
The activities that constitute institutions, of course, occur in specific places. Families live in homes, while education and religion are carried out in schools and churches. There is some overlap in institutions and the spaces they occupy. Educational and religious instruction, for example, may take place in the home, as does economic production in nonindustrial societies. Yet if one were to assign a primary spatial context to each major institution, the family would occupy the dwelling, education the school, economy the workplace, religion the church, and the legal system a courthouse. This book addresses the relationship between gender stratification and the spatial institutions of the family/dwelling, education/school, and labor force/workplace.
The Family and Segregated Dwellings. Nonindustrial societies often separate women and men within the dwelling (P. Oliver 1987). In a typical Purum house, for example, domestic space is divided into right/left, male/ female quarters, with higher value attributed to areas and objects associated with right/male and lower value associated with left/female (Sciama 1981, 91). Dwellings of the South American Jivaro Indians demonstrate a similar pattern, with the women’s entrance at the left end of the rectangular hut and a men’s entrance at the right end; women’s beds and men’s beds are arranged at their respective ends of jivaria (Stirling 1938). The traditional courtyard pattern of the Nigerian Hausa (used by both Muslim and non-Muslim families) also differentiates men’s from women’s spaces (Moughtin 1985, 56). Traditional Muslim households are divided into the anderun at the back for the women and the birun at the front for men (Khatib-Chahidi 1981).
Fig. 1.2. The men’s and women’s entrances are at opposite ends of the South American jivaria. Adapted from Stirling (1938).
A variety of cultural, religious, and ideological reasons have been used throughout history to justify gender segregation. Muslims, for example, believe that women should not come into contact with men who are potential marriage partners. The system of purdah was developed to keep women secluded in the home in a space safe from unregulated sexual contact, yet it also served to restrict women’s educational and economic opportunities. Muslim women therefore have lower status outside the home, compared with women in less sexually segregated societies (Mandelbaum 1988).
Nineteenth-century America and Great Britain had less overt forms of sex...