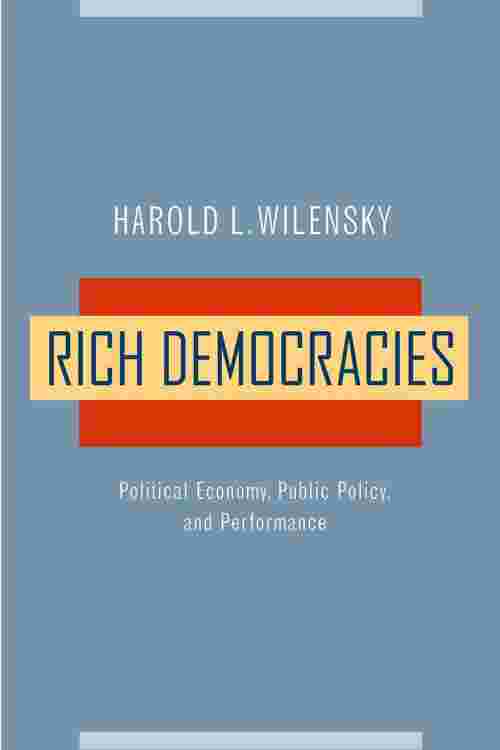 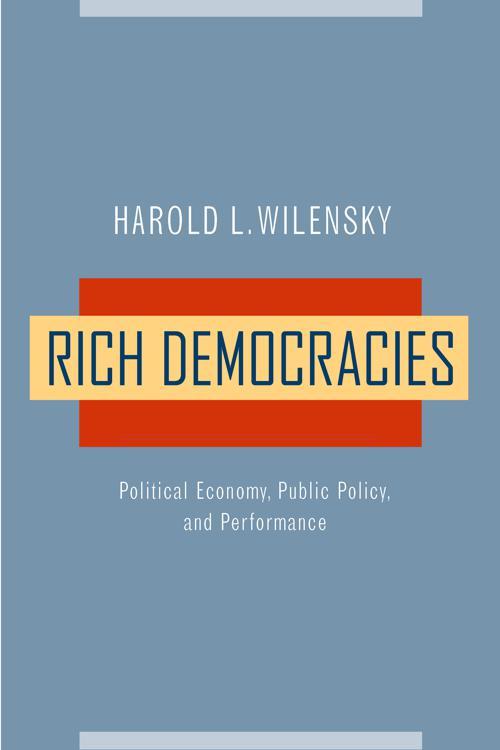 In this landmark work, the culmination of 30 years of systematic, comprehensive comparison of 19 rich democracies, Wilensky answers two basic questions: (1) What is distinctly modern about modern societies--in what ways are they becoming alike? (2) How do variations in types of political economy shape system performance? He specifies similarities and differences in the structure and interplay of government, political parties, the mass media, industry, labor, professions, agriculture, churches, and voluntary associations. He then demonstrates how differences in bargaining arrangements among these groups lead to contrasting policy profiles and patterns of taxing and spending, which in turn explain a large number of outcomes: economic performance, political legitimacy, equality, job security, safety and risk, real health, the reduction of poverty and environmental threats, and the effectiveness and fairness of regulatory regimes. Drawing on quantitative data and case studies covering the last 50 years and more than 400 interviews he conducted with top decision-makers and advisors, Wilensky provides a richly detailed account of the common social, economic, and labor problems modern governments confront and their contrasting styles of conflict resolution. The result is new light on the likely paths of development of rich democracies as they become richer. Assessing alternative theories, Wilensky offers a powerful critique of such images of modern society as "post-industrial" or "high-tech, " "the information age" or the alleged dominance of "globalization." Because he systematically compares all of the rich democracies with at least three million population, Wilensky can specify what is truly exceptional about the United States, what it shares with Britain and Britain abroad (Canada, Australia, New Zealand) and what it shares with all or almost all of the West European democracies, Israel, and Japan. He gives careful attention to which successful social and labor policies are transferable across nations and which are not. Rich Democracies will interest both scholars and practitioners. It combines the perspectives of political economy (the interplay of markets and politics) and political sociology (the social bases of politics). It will be especially useful in courses on comparative political economy, comparative politics, European politics, public policy, political sociology, the welfare state, American government, advanced industrial societies, and industrial relations.