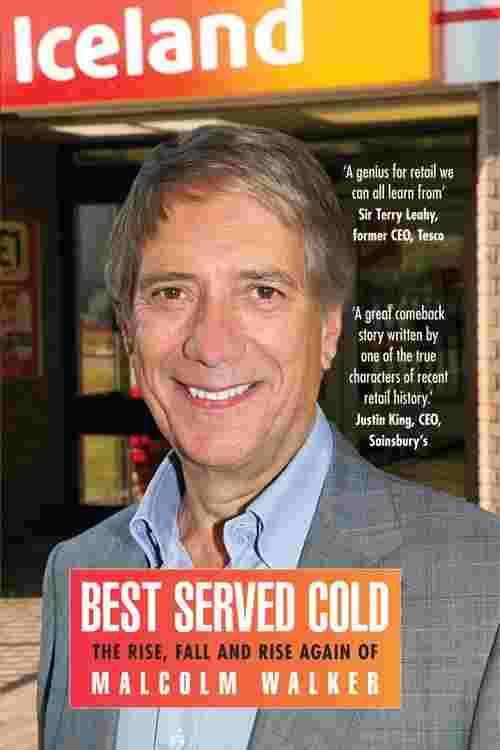 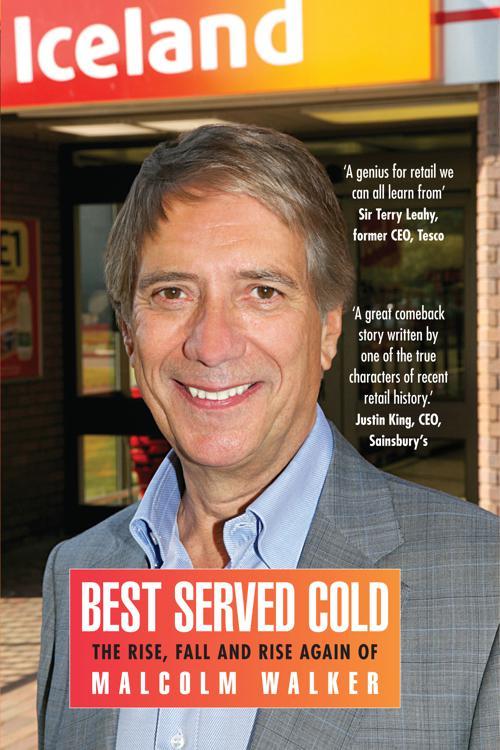 This is the dramatic story of the ups and downs of a born entrepreneur.Malcolm Walker was born in the West Riding of Yorkshire in 1946. With fellow Woolworth's trainee manager Peter Hinchcliffe, Walker opened a small frozen food shop called Iceland in the Shropshire town of Oswestry in 1970. Iceland became a public company 14 years later, through one of Britain's most successful stock exchange flotations of all time, and by 1999 it had grown into a £2 billion turnover business with 760 stores.In August 2000, Iceland merged with the Booker cash and carry business and Walker announced that he would step down as CEO in March 2001. In preparation for his retirement, he sold half his shares in the company and left for the holiday of a lifetime in the Maldives. However, while he was away the new management of the company slashed profit expectations, plunging Iceland into a £26m loss rather than the £130m profit the City had been expecting. Walker was fired and spent three years under investigation by the authorities before being cleared of any wrongdoing.In Walker's absence, Iceland's sales collapsed as customers deserted the company – and, almost exactly four years after he had left the business, he returned as its boss. His amazing revival of Iceland has seen like-for-like sales grow by more than 50% and the business winning the accolade of Best Big Company To Work For In the UK. In March 2012 Walker led a £1.5bn management buyout of the company and is now personally worth over £200m.The incredible story of Walker's life – which he tells here for the first time – is as dramatic as any you will find in business, and it serves as a model for how, through hard work and intelligent risk-taking, it is possible from a relatively modest upbringing to build a national enterprise and a household name known to millions.

A.V. Green was God. At least to Woolworth’s trainee managers he was. I’d been in his office only once before when I was promoted to deputy manager of Woolworth’s Wrexham branch. It was the biggest office I’d ever seen, dark and wood-panelled with his massive desk in one corner. It was certainly impressive. Last time it had been a handshake and a word of congratulations: the motivation factor of ten minutes with God was deemed to be worth a day out of the store with petrol expenses for the drive to the regional office in Dudley, Birmingham. Head office in London was something too important and remote for me even to contemplate. This time my visit was to get fired. It apparently didn’t occur to anyone to wonder why Johnnie Walton, the Wrexham store manager, couldn’t do it. Deputy store managers were important in the hierarchy and firing one was an event that required some drama.
Peter Hinchcliffe and I drove down to Birmingham together. Peter was called into Green’s office first and I had to wait in the corridor outside. It was only five minutes before it was my turn and I was given a speech about wasting an opportunity. I told Green that the company owed me about 10,000 hours in unpaid overtime but he didn’t seem impressed. His parting words to me were: ‘So, go and run your fish and chip shop or whatever it is.’ It was 27 January 1971, almost 30 years to the day before I was fired for the second time.
We drove back to Oswestry. Peter was deputy manager of Woolies there and that was where we had opened our first Iceland store three months earlier. We were both earning £26 per week at Woolies but our dismissal package had included our holiday pay and pension money so we figured we could last the next few months without drawing anything from the new business. I’d worked at Woolworth’s for seven years, the only job I’d had since leaving school, but I was glad to be out of it. I was bored and I wasn’t doing very well in the company. I was a little scared about the future but also excited: I was 24 and ready to make my fortune.
I joined Woolworth’s after a conversation with the careers teacher at school.
‘What are you good at?’ she asked me, obviously knowing it wasn’t academic studies.
‘I like organising things,’ I replied.
‘In that case you should go into retailing,’ she said. So I did.
I was born in 1946 and brought up in a mining village called Grange Moor in the West Riding of Yorkshire. My Dad was a colliery electrician but he was also something of an entrepreneur. He ran a smallholding of eight-and-a-half acres in his spare time. He grew vegetables and also kept poultry. He was one of the first to install the new battery cages, which were rapidly improving egg production at the time. I used to help him on the farm and like to think I developed my work ethic from him in those early days. In 1955 Dad had an accident at the pit when a coal-cutter crushed his foot, and he then went full-time on the poultry farm. Eventually he set up a small grocery shop near Huddersfield with my Mam and sold a lot of home-grown products and the sponge cakes Mam baked at home. He died young at 52, from cancer, when I was fourteen.
Although I f...