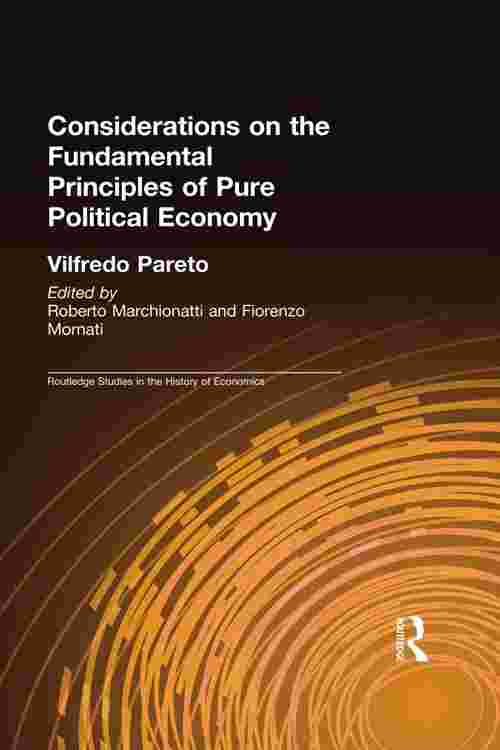 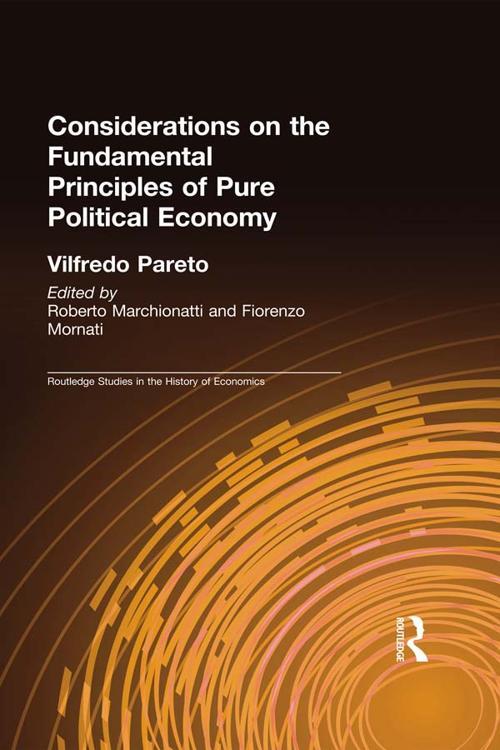 Considerations on the Fundamental Principles of Pure Political Economy

Considerations on the Fundamental Principles of Pure Political Economy

Between May 1892 and October 1893 the Giornale degli Economisti published Vilfredo Pareto's Considerazioni sui principi fondamentali dell'economia politica pura in five parts. Viewed in its entirety, the outcome is essentially a classic monograph on the fundamental issues in pure economic theory in the Lausanne tradition.

Pareto's work forms a document of major historical significance which, to date, has only been available to the relatively small number of international economists and historians of economics who read Italian. This first English language edition isa significant landmark in the history of economics.