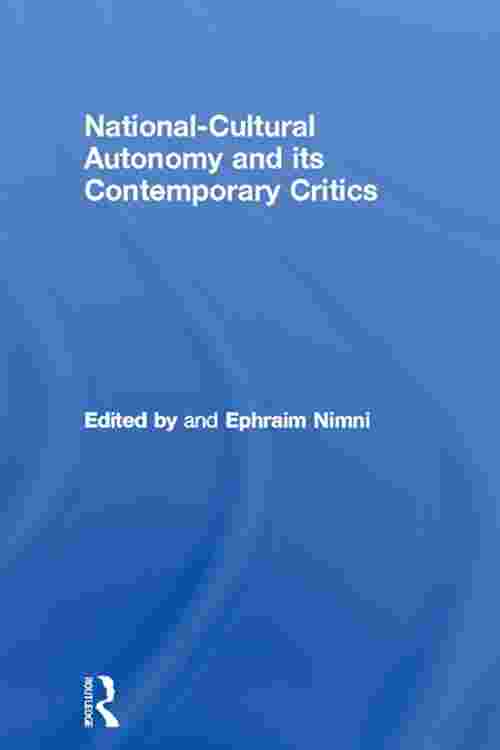 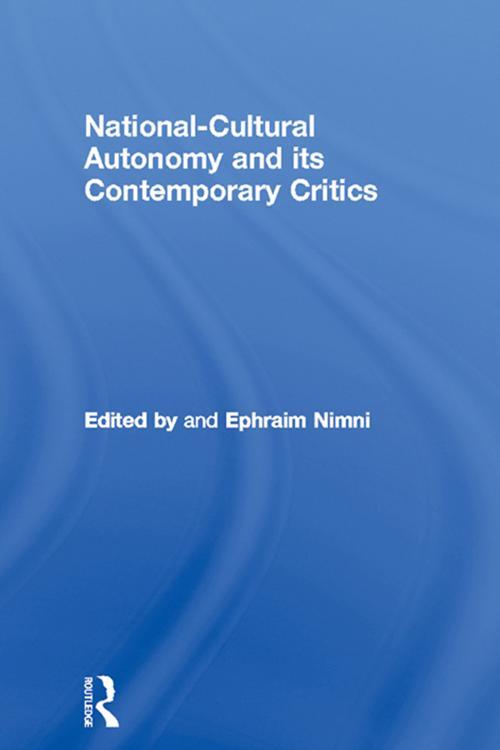 National-Cultural Autonomy and its Contemporary Critics

National-Cultural Autonomy and its Contemporary Critics

In his seminal essay 'Staat und Nation' ('State and Nation') Karl Renner presents his model for national-cultural autonomy, with a two-tier system of government that devolves considerable non-territorial autonomy to national communities, while sustaining the administrative unity of the Multination State.

This new book delivers the first English translation of 'State and Nation' and brings together a collection of distinguished and leading political scientists to provide a detailed and critical assessment of Renner's theory of national-cultural autonomy. From a variety of perspectives, the contributors discuss the contemporary validity of Renner's arguments paying particular attention to theories of state, liberal democracies, minority nationalism and multiculturalism, and models of regional integration.Making an important contribution to the literature on nationalism and national minorities, this volume is a vital research tool for students and scholars of nationalism and political theory. Readers of this volume may also be interested in the forthcoming companion volume by Ephraim Nimni, Multicultural Nationalism