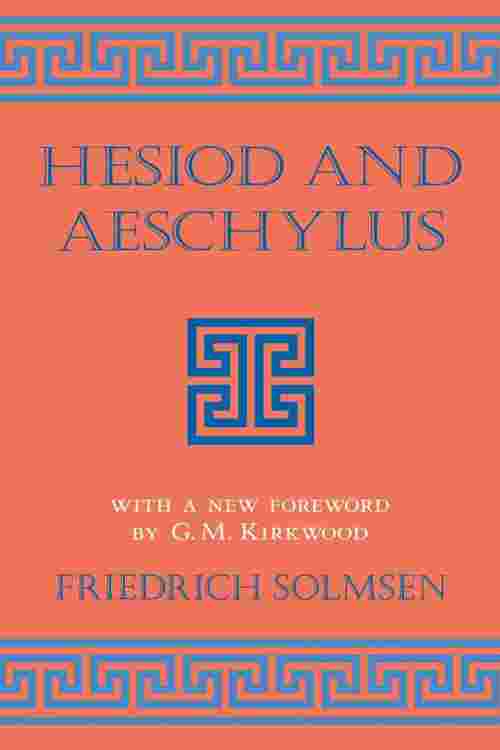 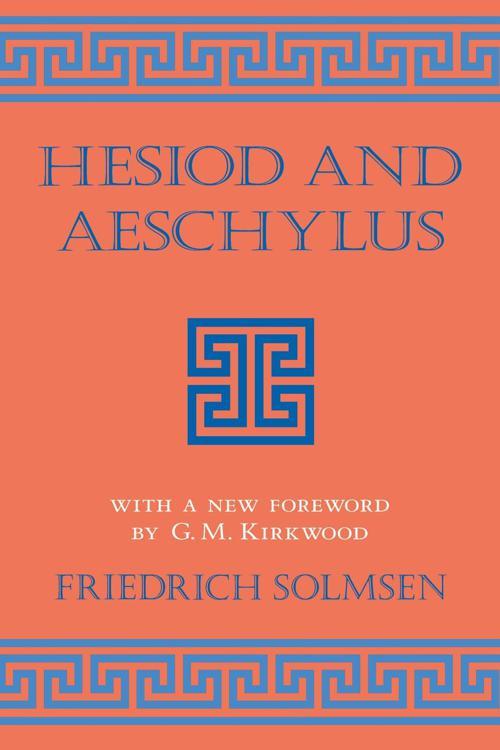 Friedrich Solmsen provides a new approach to Hesiod's personality in this book by distinguishing Hesiod's own contributions to Greek mythology and theology from the traditional aspects of his poetry. Hesiod's vision of a better world, expressed in religious language and imagery, pictures the savagery and brutality of the earlier days of Greece giving way to an order of justice. In this new order, however, the good aspects of the past would be preserved, giving an inner continuity and strength to the changing world.

Solmsen traces the influence of Hesiod's ideas on other Athenian poets, Aeschylus in particular. From personal political experience Aeschylus could give a deeper meaning to Hesiod's dream of an organic historical evolution and of a synthesis of old and new powers. For Aeschylus, justice became the crucial problem of the political community as well as of the divine order. Through close readings of Hesiod's Theogony and Works and Days and of Aeschylus' Prometheia and Eumenides, Solmsen reinterprets the political ideas of the Greek city state and the relation between divine and human justice as seen by early Greek poets.

First published in 1949, this book has long been recognized as the standard work on Hesiod's influence. For the 1995 paperback edition, G. M. Kirkwood has written a new foreword that addresses the book's reception and discusses more recent scholarship on the works Solmsen examines, including the disputed authorship of Prometheia.