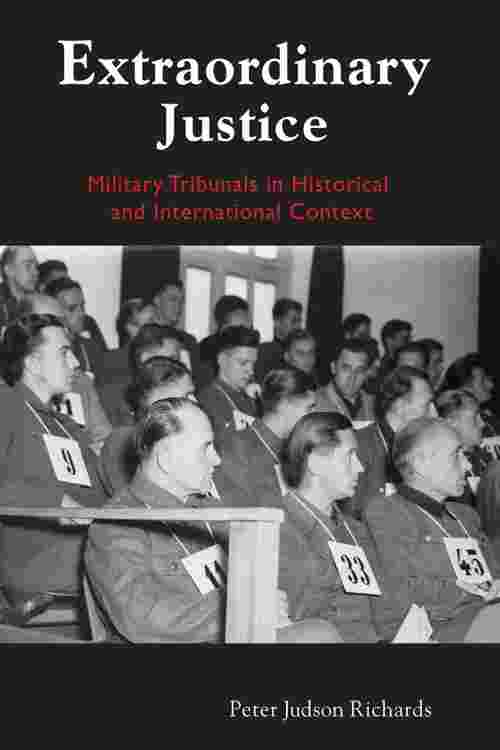 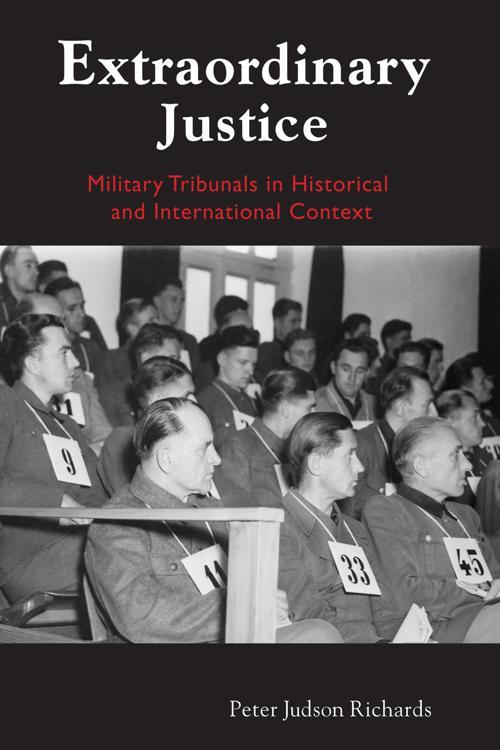 The Al-Qaeda terror attacks of September 11, 2001, aroused a number of extraordinary counter measures in response, including an executive order authorizing the creation of military tribunals or “commissions” for the trial of accused terrorists. The Supreme Court has weighed in on the topic with some controversial and deeply divided decisions, most recently Hamdan v. Rumsfeld.

At this critical moment in time, Extraordinary Justice seeks to fill an important gap in our understanding of what military tribunals are, how they function, and how successful they are in administering justice by placing them in comparative and historical context. Peter Judson Richards examines tribunals in four modern conflicts: the American Civil War, the British experience in the Boer War, the French tribunals of the “Great War,” and Allied practices during the Second World War.

Richards also examines the larger context of specific political, legal and military concerns, addressing scholarly and policy debates that continually arise in connection with the implementation of these extraordinary measures. He concludes that while the record of the national tribunals has been mixed, enduring elements in the character of warfare, of justice, and the nature of political reality together justify their continued use in certain situations.