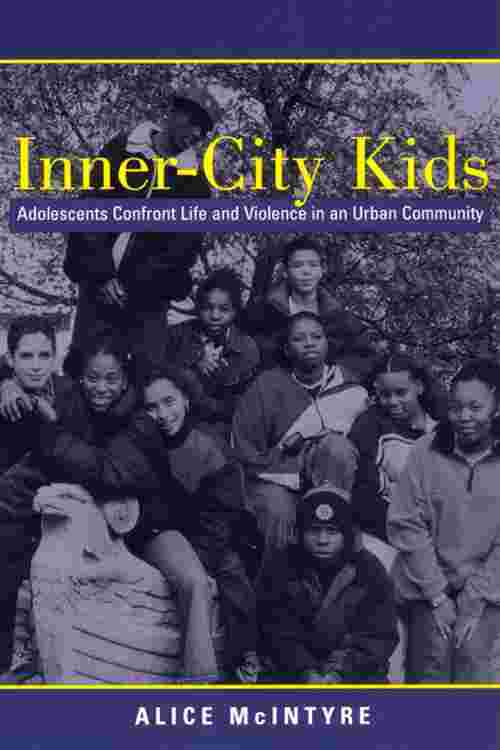 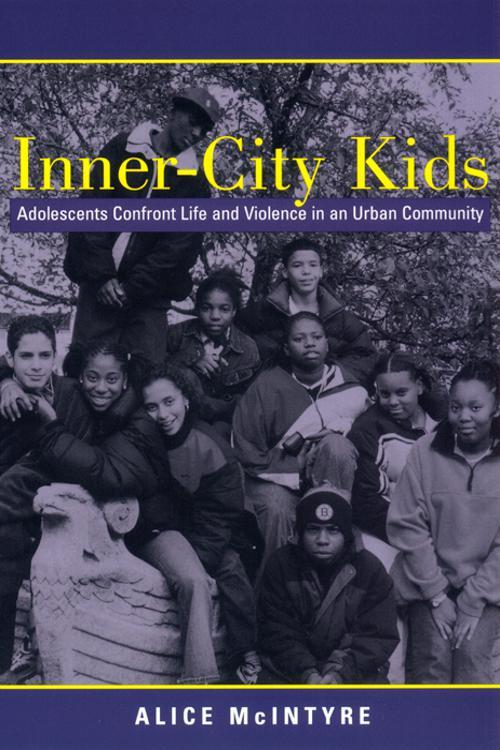 Urban teens of color are often portrayed as welfare mothers, drop outs, drug addicts, and both victims and perpetrators of the many kinds of violence which can characterize life in urban areas. Although urban youth often live in contexts which include poverty, unemployment, and discrimination, they also live with the everydayness of school, friends, sex, television, music, and other elements of teenage lives. Inner City Kids explores how a group of African American, Jamaican, Puerto Rican, and Haitian adolescents make meaning of and respond to living in an inner-city community.

The book focuses on areas of particular concern to the youth, such as violence, educational opportunities, and a decaying and demoralizing urban environment characterized by trash, pollution, and abandoned houses. McIntyre's work with these teens draws upon participatory action research, which seeks to codevelop programs with study participants rather than for them.