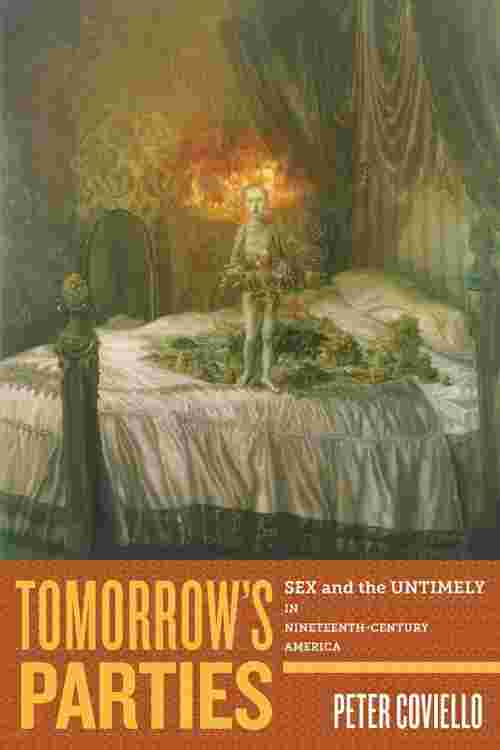 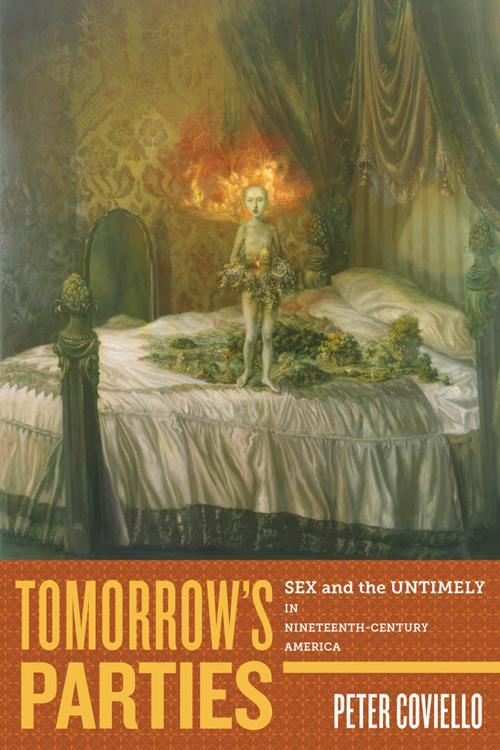 In nineteenth-century America—before the scandalous trial of Oscar Wilde, before the public emergence of categories like homo- and heterosexuality—what were the parameters of sex? Did people characterize their sexuality as a set of bodily practices, a form of identification, or a mode of relation? Was it even something an individual could be said to possess? What could be counted as sexuality? Tomorrow’s Parties: Sex and the Untimely in Nineteenth-Century America provides a rich new conceptual language to describe the movements of sex in the period before it solidified into the sexuality we know, or think we know. Taking up authors whose places in the American history of sexuality range from the canonical to the improbable—from Whitman, Melville, Thoreau, and James to Dickinson, Sarah Orne Jewett, Harriet Jacobs, Frederick Douglass, and Mormon founder Joseph Smith—Peter Coviello delineates the varied forms sex could take in the lead-up to its captivation by the codings of “modern” sexuality. While telling the story of nineteenth-century American sexuality, he considers what might have been lostin the ascension of these new taxonomies of sex: all the extravagant, untimely ways of imagining the domain of sex that, under the modern regime of sexuality, have sunken into muteness or illegibility. Taking queer theorizations of temporality in challenging new directions, Tomorrow’s Parties assembles an archive of broken-off, uncreated futures—futures that would not come to be. Through them, Coviello fundamentally reorients our readings of erotic being and erotic possibility in the literature of nineteenth-century America.