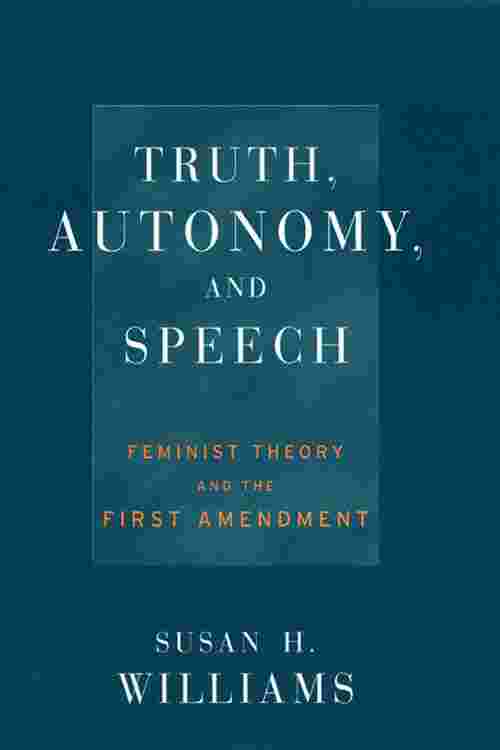 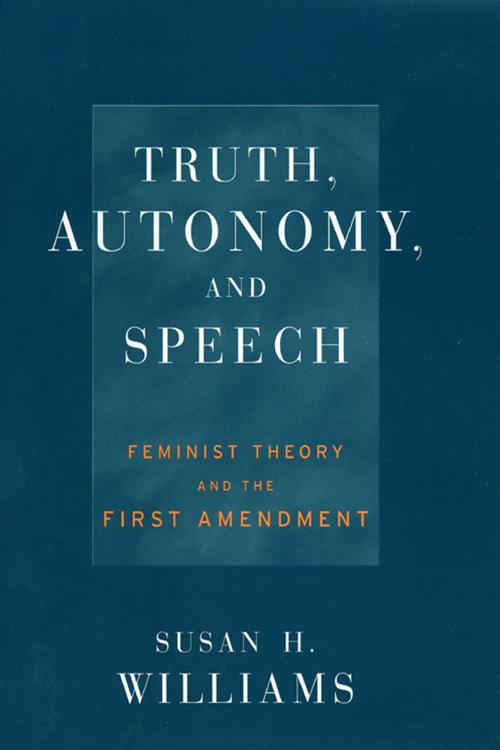 Amidst the vast array of literature on the First Amendment, it is rare to hear a fresh voice speak about the First Amendment, but in Truth, Autonomy, and Speech, Susan H. Williams presents a strikingly original interpretation and defense of the First Amendment, written from a feminist perspective. Drawing on work from several disciplines—including law, political theory, philosophy, and anthropology—the book develops alternative accounts of truth and autonomy as the foundations for freedom of expression. Building on feminist understandings of self and the social world, Williams argues that both truth and autonomy are fundamentally relational.

With great clarity and insight, Williams demonstrates that speech is the means by which we create rather than discover truth and the primary mechanism through which we tell the stories that constitute our autonomy. She examines several controversial issues in the law of free speech—including campaign finance reform, the public forum doctrine, and symbolic speech—and concludes that the legal doctrine through which we interpret and apply the First Amendment should be organized to protect speech that serves the purposes of truth and autonomy.