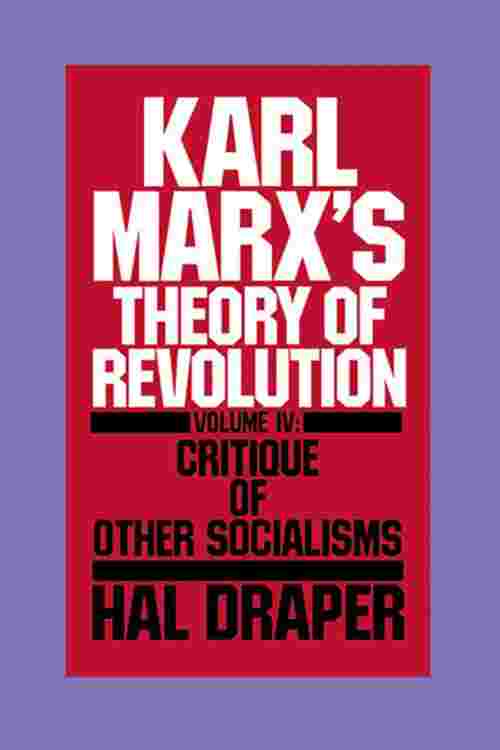 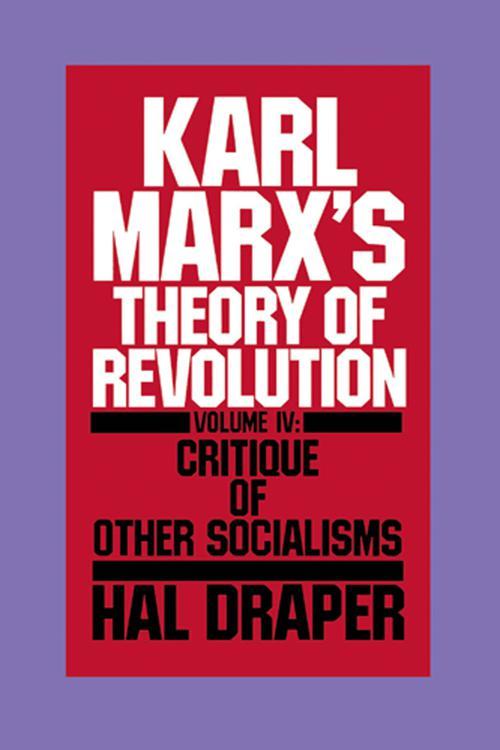 Much of Karl Marx's most important work came out of his critique of other thinkers, including many socialists who differed significantly in their conceptions of socialism. The fourth volume in Hal Draper's series looks at these critiques to illuminate what Marx's socialism was, as well as what it was not. Some of these debates are well-known elements in Marx's work, such as his writings on the anarchists Proudhon and Bakunin. Others are less familiar, such as the writings on "Bismarckian socialism" and "Boulangism," but promise to become better known and understood with Draper's exposition. He also discusses the more general ideological tendencies of "utopian" and "sentimental" socialisms, which took various forms and were ingredients in many different socialist movements.