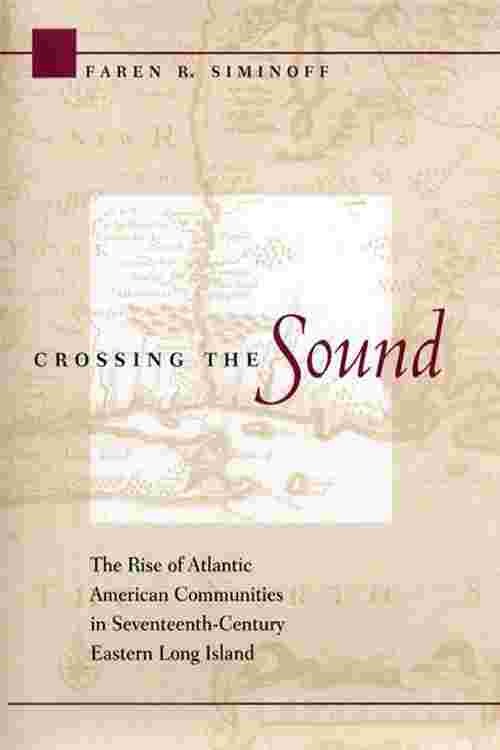 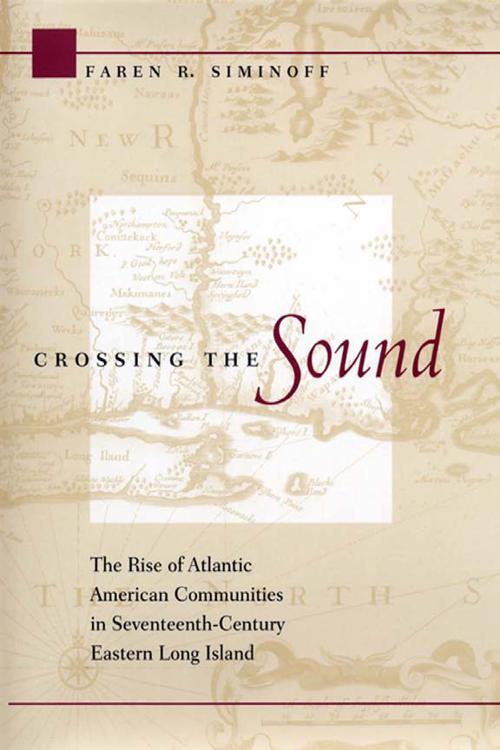 In seventeenth-century North America, communities on eastern Long Island were an integral part of the tumultuous and dynamic New England region and the larger Atlantic American world. They were created and modified by ideas and traditions that were inherent to life in Atlantic America and were not simply imported from Europe or established solely by settlers and imposed on native peoples.

In Crossing the Sound Faren R. Siminoff skillfully weaves new data with sophisticated theoretical analysis to demonstrate that the development of eastern Long Island was based more on complex interactions between settlers and native peoples than on clashes between the two groups. English and Dutch colonists did not merely transport traditional systems of land ownership, political organizations, and control of economic resources to the Northeast. Rather, both settlers and natives underwent a process of negotiation, resulting in a hybrid society that adapted and reworked new and old patterns of life, highlighting the lasting influence of native communities on the emerging American identity.

This compelling case study adds new layers to the history of the Atlantic world: it becomes a story without a dominant voice or community at its core, demonstrating that neither monolithic groups nor static interests prevailed in the region. Crossing the Sound offers a fresh interpretation of colonial relationships tracing social, cultural, and political exchanges between groups.