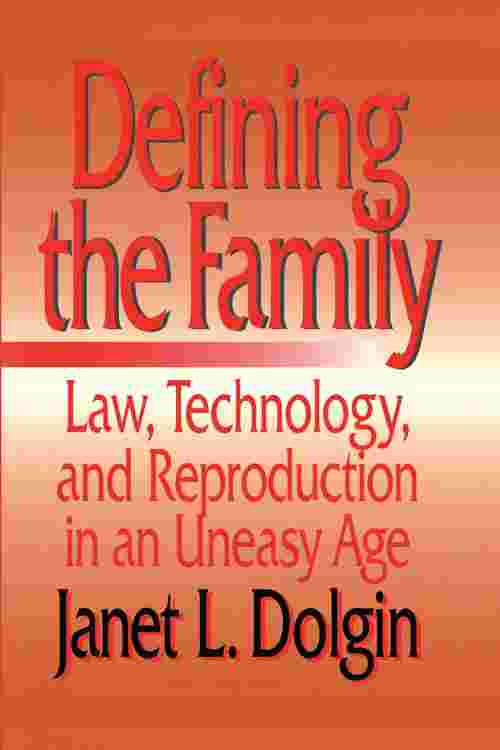 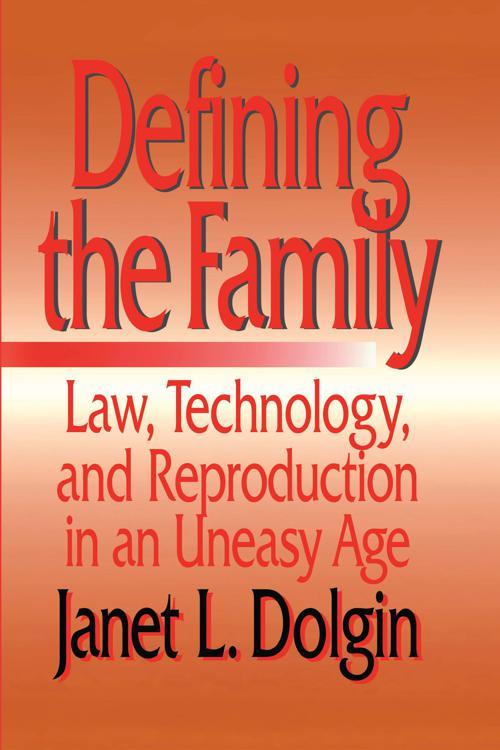 Defining the Family: Law, Technology, and Reproduction in an Uneasy Age provides a sweeping portrait of the family in American law from the nineteenth century to the present. The family today has come to be defined by individuality and choice. Pre-nuptial agreements, non-marital cohabitation, gay and lesbian marriages have all profoundly altered our ideas about marriage and family. In the last few years, reproductive technology and surrogacy have accelerated this process of change at a breathtaking rate. Once simple questions have taken on a dizzying complexity: Who are the real parents of a child? What are the relationships and responsibilities between a child, the woman who carried it to term, and the egg donor? Between viable sperm and the wife of a dead donor?

The courts and the law have been wildly inconsistent and indecisive when grappling with these questions. Should these cases be decided in light of laws governing contracts and property? Or it is more appropriate to act in the best interests of the child, even if that child is unborn, or even unconceived? No longer merely settling disputes among family members, the law is now seeing its own role expand, to the point where it is asked to regulate situations unprecedented in human history. Janet L. Dolgin charts the response of the law to modern reproductive technology both as it transforms our image of the family and is itself transformed by the tide of social forces.