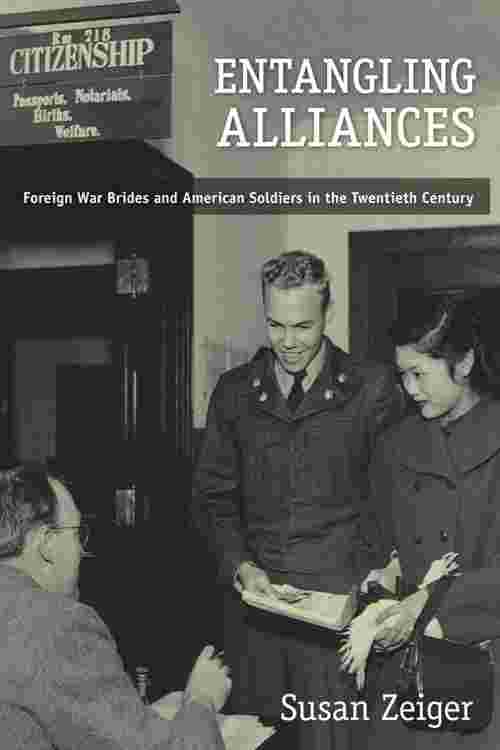 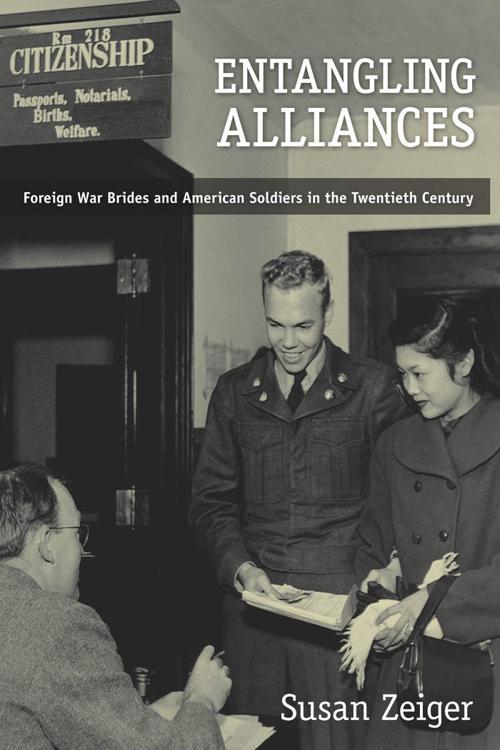 Throughout the twentieth century, American male soldiers returned home from wars with foreign-born wives in tow, often from allied but at times from enemy nations, resulting in a new, official category of immigrant: the “allied” war bride. These brides began to appear en masse after World War I, peaked after World War II, and persisted through the Korean and Vietnam Wars. GIs also met and married former “enemy” women under conditions of postwar occupation, although at times the US government banned such unions.

In this comprehensive, complex history of war brides in 20th-century American history, Susan Zeiger uses relationships between American male soldiers and foreign women as a lens to view larger issues of sexuality, race, and gender in United States foreign relations. Entangling Alliances draws on a rich array of sources to trace how war and postwar anxieties about power and national identity have long been projected onto war brides, and how these anxieties translate into public policies, particularly immigration.