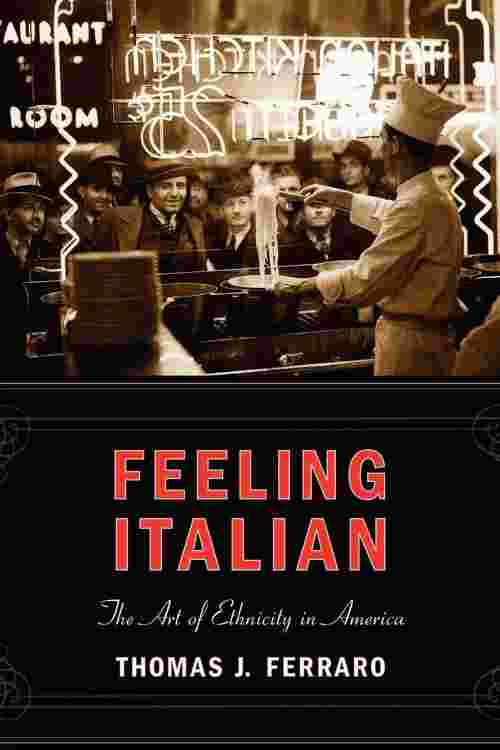 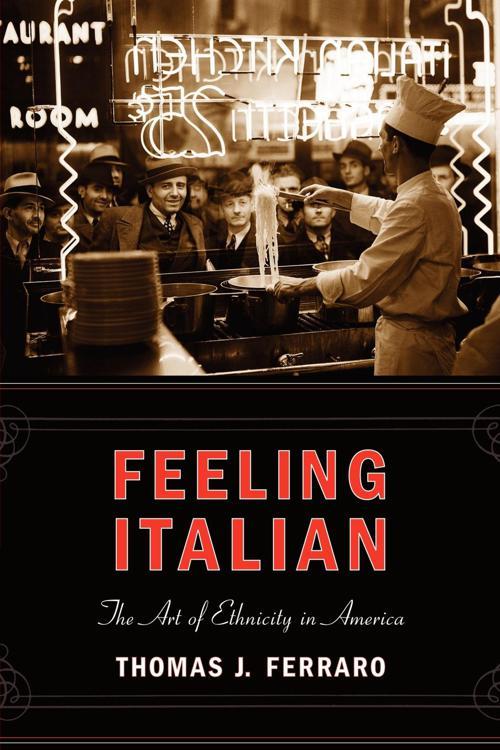 2006 American Book Award, presented by the Before Columbus Foundation

Southern Italian emigration to the United States peaked a full century ago—;descendents are now fourth and fifth generation, dispersed from their old industrial neighborhoods, professionalized, and fully integrated into the “melting pot.” Surely the social historians are right: Italian Americans are fading into the twilight of their ethnicity. So, why is the American imagination enthralled by The Sopranos, and other portraits of Italian-ness?

Italian American identity, now a mix of history and fantasy, flesh-and-bone people and all-too-familiar caricature, still has something to teach us, including why each of us, as citizens of the U.S. twentieth century and its persisting cultures, are to some extent already Italian. Contending that the media has become the primary vehicle of Italian sensibilities, Ferraro explores a series of books, movies, paintings, and records in ten dramatic vignettes. Featured cultural artifacts run the gamut, from the paintings of Joseph Stella and the music of Frank Sinatra to The Godfather ’s enduring popularity and Madonna’s Italian background. In a prose style as vivid as his subjects, Ferraro fashions a sardonic love song to the art and iconography of Italian America.