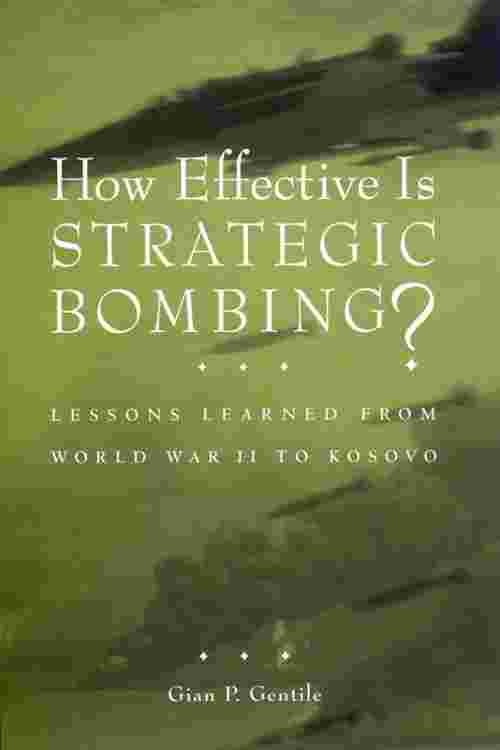 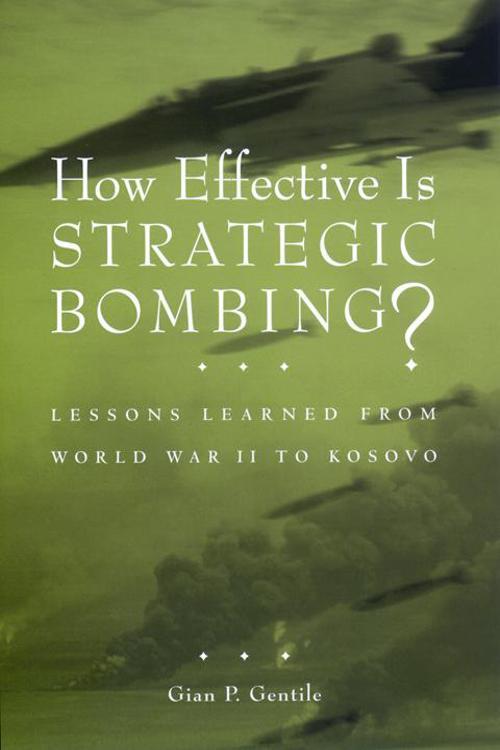 How Effective is Strategic Bombing?

How Effective is Strategic Bombing?

In the wake of World War II, Secretary of War Henry L. Stimson and President Harry S. Truman established the U.S. Strategic Bombing Survey, to determine exactly how effectively strategic air power had been applied in the European theater and in the Pacific. The final study, consisting of over 330 separate reports and annexes, was staggering in its size and emphatic in its conclusions. As such it has for decades been used as an objective primary source and a guiding text, a veritable Bible for historians of air power.

In this aggressively revisionist volume, Gian Gentile examines afresh this influential document to reveal how it reflected to its very foundation the American conceptual approach to strategic bombing. In the process, he exposes the survey as largely tautological and thereby throwing into question many of the central tenets of American air power philosophy and strategy.

With a detailed chapter on the Gulf War and the resulting Gulf War Air Power Survey, and a concluding chapter on the lessons of the Kosovo air war, How Effective is Strategic Bombing? is the most comprehensive and important book on air power strategy in decades.