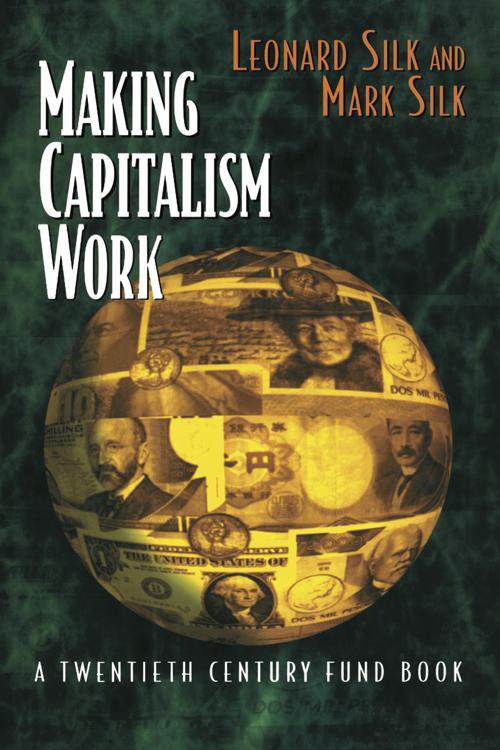 In 1995, Republicans came to power in the United States with an ambitious program proposing to embrace a degree of laissez- faire economics unknown for generations anywhere in the industrialized world. Simultaneously, politicians, entrepreneurs, and economists championed the new bastions of unregulated capitalism that sprung up in such unfamiliar precincts as Beijing and Moscow. Yet to date many free-market economic policies, be it in Prague or here in America, have not lived up to their initial promises. In fact, it has become a common joke in Russia that capitalism has succeeded in making communism look good, a feat unaccomplished by the Kremlin in its 70 year reign.

In Making Capitalism Work, Leonard and Mark Silk analyze the failures and successes of capitalism as seen most recently in the former Soviet Bloc, Japan, China, the European Community and the United States. While recognizing that capitalism has been successful in a number of countries, the authors point out that overly simplistic policies advocating an unfettered capitalism ignore too large a range of issues central to the formation of any moral economic system. Viewing capitalism as simply one of a number of economic systems, Leonard and Mark Silk address such issues as the obligation of the rich to the poor, the responsibility of the state to insulate its citizens from market fluctuations, the responsibility of present generations to provide for future ones, and whether economic systems can set the proper extent and limits of individual rights and freedoms.

An important, concise, thought-provoking book this is the last book Leonard Silk wrote before his death late last year and has been completed here by his son, Mark.