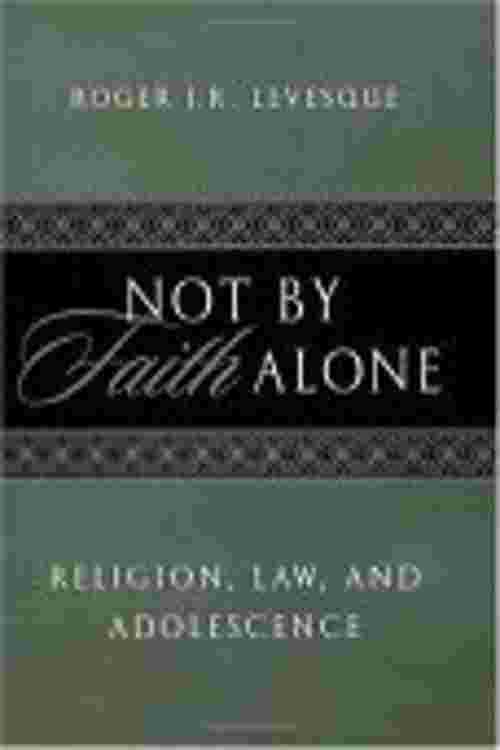 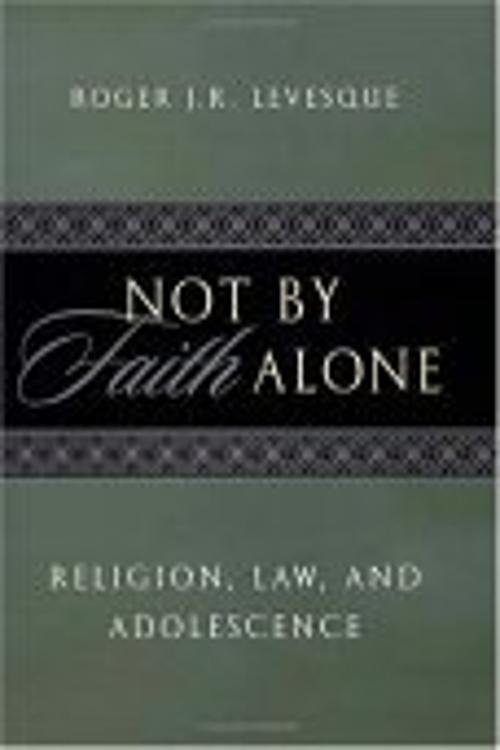 Teens are often seen as challenging social mores. They are frequently perceived to engage in activities considered by adults to be immoral, including sexual behavior, delinquent activities, and low-level forms of violence. Yet the vast majority report surprisingly high levels of religiosity. Ninety-five percent of American teens aged 13-17 believe in God or a universal spirit, and 76% believe that God observes their actions and rewards or punishes them. Nearly half engage in religious practices, such as praying alone or attending church or synagogue services.

Adolescents' religious beliefs are clearly important to them. Yet, the law does not know how to approach adolescents' religious rights and needs. In Not by Faith Alone, Roger J. R. Levesque argues that teens' search for meaning does not always serve adolescents or society well. Religious doctrines and institutions are not all "good," with violence linked to religious beliefs, for example—particularly racial/ethnic and sexual orientation harassment—becoming an increasing concern.

Not by Faith Alone is the first attempt to integrate research on the place of religion in adolescent development and to discuss the relevance of that research for policies and laws which regulate religion in their lives. Levesque asks how religion, broadly defined, influences the development of teens' inner moral compasses, and how we can ensure that religion and the apparent need for "religious" activity lead to positive outcomes for individual adolescents and for society.