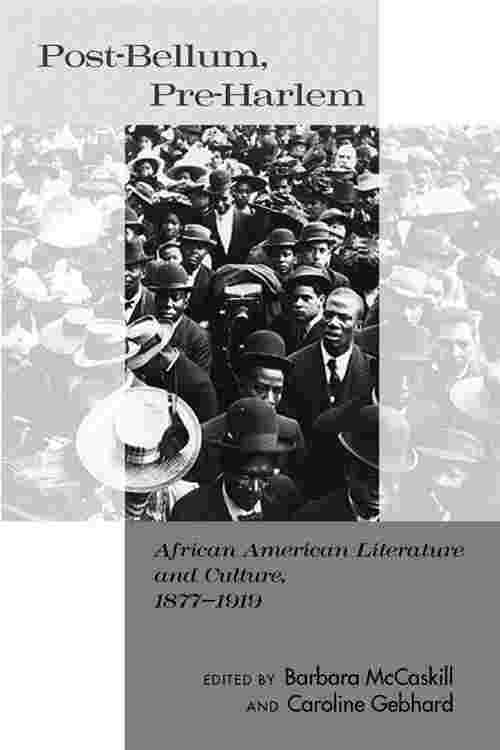 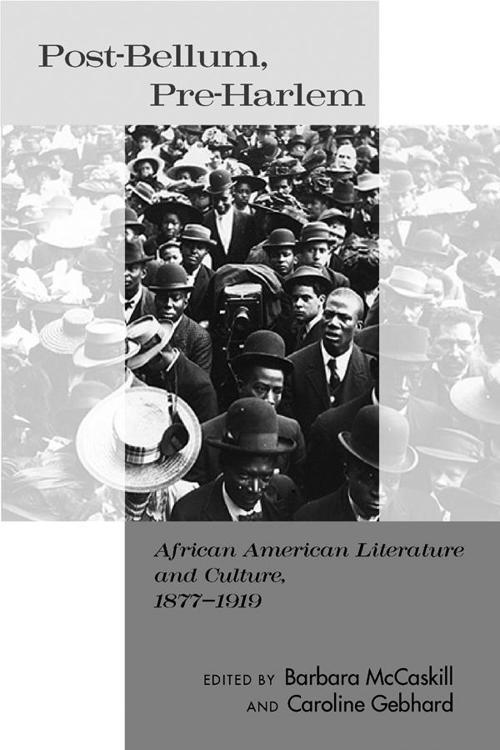 The years between the collapse of Reconstruction and the end of World War I mark a pivotal moment in African American cultural production. Christened the “Post-Bellum-Pre-Harlem” era by the novelist Charles Chesnutt, these years look back to the antislavery movement and forward to the artistic flowering and racial self-consciousness of the Harlem Renaissance.

Post-Bellum, Pre-Harlem offers fresh perspectives on the literary and cultural achievements of African American men and women during this critically neglected, though vitally important, period of our nation's past. Using a wide range of disciplinary approaches, the sixteen scholars gathered here offer both a reappraisal and celebration of African American cultural production during these influential decades. Alongside discussions of political and artistic icons such as Booker T. Washington, W.E.B. Du Bois, Henry Ossawa Tanner, and James Weldon Johnson are essays revaluing figures such as the writers Paul and Alice Dunbar-Nelson, the New England painter Edward Mitchell Bannister, and Georgia-based activists Lucy Craft Laney and Emmanuel King Love.

Contributors explore an array of forms from fine art to anti-lynching drama, from sermons to ragtime and blues, and from dialect pieces and early black musical theater to serious fiction.