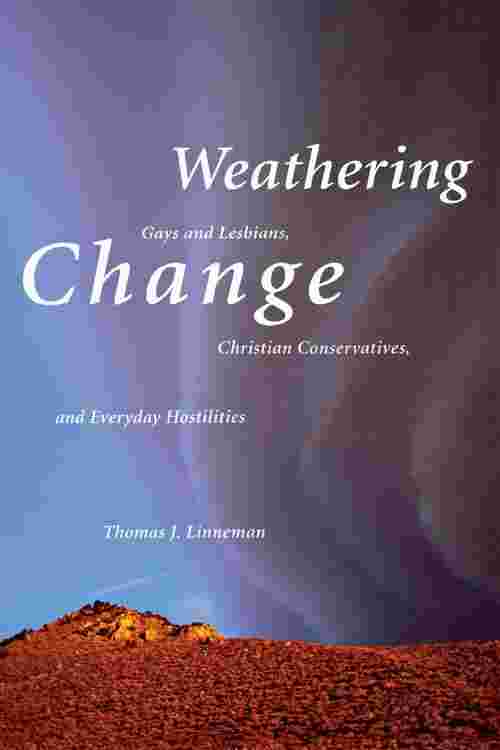 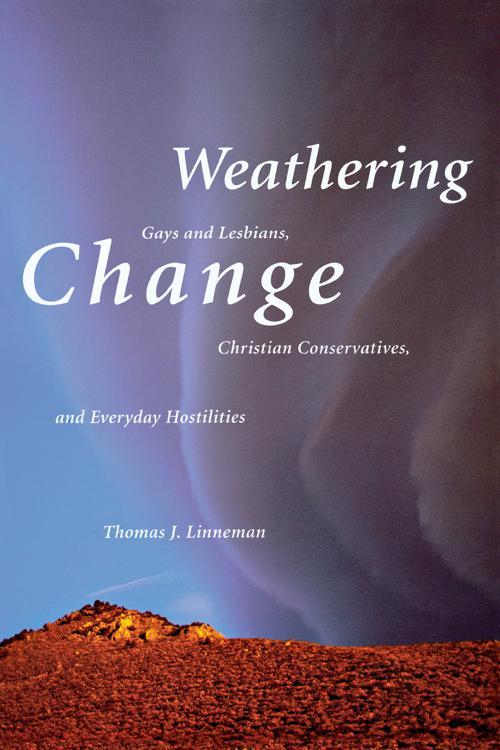 The Pacific Northwest is known for its diverse, unusual politics. There are thriving gay and lesbian communities and populations of staunchly conservative Christians. Both groups wield political power out of proportion to their numbers and yet both feel beleaguered. How do members of these groups—both community leaders and everyday citizens—perceive the political climates that surround them

This book tells a tale of two Northwestern cities: Seattle, well known nationally for its liberalism, and Spokane, its conservative cousin to the east. Weathering Change characterizes the ways these liberal and conservative environments translate into hostility and hospitality for the Christian conservatives, gay men, and lesbians who live within them. Linneman gives us a firsthand account of how people from both groups think about social change in relation to the media, the public, the government, their communities, and their opposition. Indeed, we gain much needed insight into why Christian conservatives view the progress of the gay and lesbian movement as such a threat.